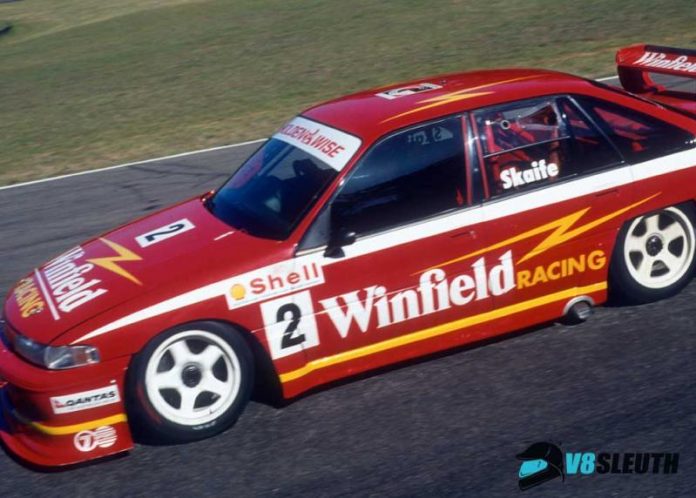 Limited in number, hand-signed by the five-time Australian Touring Car Champion and an officially licensed Skaife Racing product, the print by acclaimed artist Peter Hughes is a stunner.

Documenting a period of Skaife’s career covering his first Winfield Commodore VP from 1993 to his last race-winning TeamVodafone Commodore VE II from the 2011 Phillip Island 500, the print is available to pre-order now here via Authentic Collectables and V8 Sleuth.

V8 Sleuth has worked closely with Mark Skaife and Peter Hughes to bring this print to market, the result a stunning piece of artwork.

Hughes has captured these cars in a way only he can with iconic cars from Skaife’s time as a full-time driver at Gibson Motorsport and the Holden Racing Team in addition to his endurance-only cars at Tasman Motorsport and Triple Eight Race Engineering.

His championship-winning cars and Bathurst winners from this period are included as well as one-off and unique liveries.

The evolution of the racing Commodore in this time is clear to see with the VP, VR, VS, VT, VX, VY, VZ and VE Series 1 and 2 models represented in this piece of pure automotive art.

Measuring 841mm by 594mm, each print comes individually packaged in a shipping tube.

This is the ultimate collector’s print for Mark Skaife fans.

Place your pre-order here to ensure you don’t miss this piece of memorabilia.