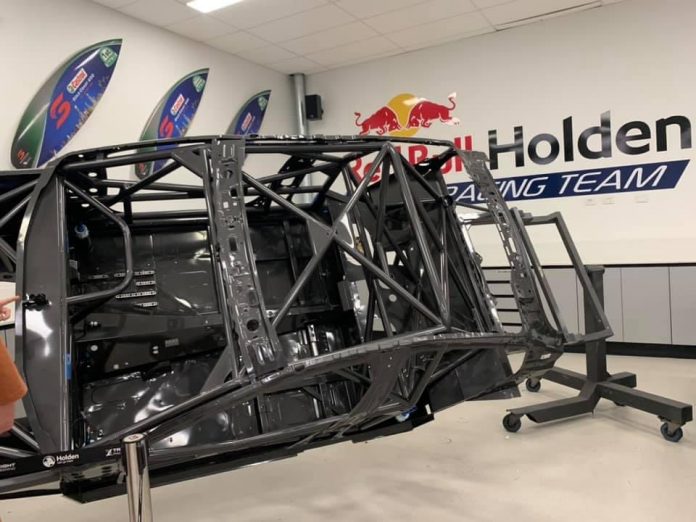 A SHOT of the new Triple Eight Race Engineering chassis that Jamie Whincup will drive in the 2021 Repco Supercars Championship has popped up on social media.

The team recently held a special T8M8’s night for its ‘Triple Eight Mates’ supporters club at its Brisbane base and photos snapped by some guests on the night show off of the team’s new hardware.

This image was sent to us by an eagle-eyed fan on social media (if you took the original, please send us a note so we can give you a shout-out!) and shows what the team intends to be its last ‘Car of the Future’ era Supercar chassis.

Teammate Shane van Gisbergen will race his 2020 Bathurst-winning chassis next season – the car has already been sold to a private collector.

The Bathurst-winning chassis – 888A-054 – was debuted by van Gisbergen at the start of the season and has been run as the #97 car by the team all season.

It’s available to order here now and is limited to just 500 prints with less than 15 remaining – hurry, order here before stock runs out!

A book documenting the full racing history of every Triple Eight Supercar from 2003 to the end of 2021 was recently announced with pre-orders to open next year.