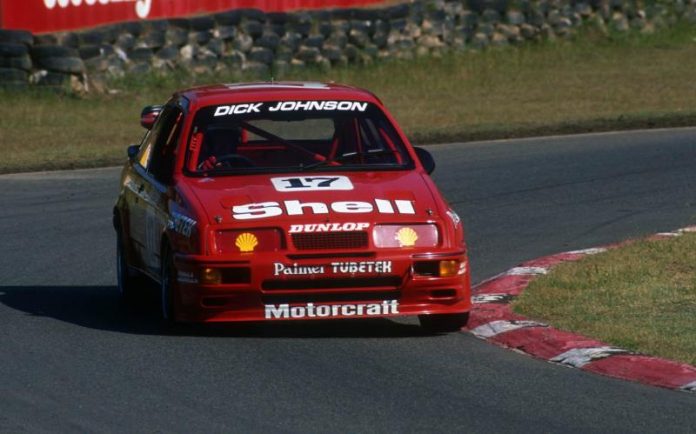 SCOTT McLaughlin’s victory in Race 15 of the Virgin Australia Supercars Championship at Hidden Valley in Darwin was a special one given it was the 100th race win for DJR/DJR Team Penske in itshistory inthe championship.

The team made its championship debut in the opening round of the 1981 season at Symmons Plains in Tasmania with Dick Johnson at the helm of his famous Tru-Blu Falcon XD, built after the disastrous ‘rock’ incident at Bathurst the year prior.

Johnson won that weekend, scoring the first of 100 race wins for the team, which became DJR Team Penske in 2015 following the majority buy-in from American-based Team Penske.

Here’s the breakdown of some of the important notes and stats that come from the 100 wins.

– 11 drivers have contributed to the 100 wins for the team, with 30 each to Dick Johnson and John Bowe, accounting for 60% of the wins.

– The 100 wins have come at 23 different circuits. The most successful circuit for the team in the 100 wins is Sandown, where they’ve scored 14 race victories. The next best is Winton, 10 – ironic given the team is very much a Queensland squad!

– The most successful model of car for the team in the 100 wins is the Sierra RS500 Cosworth, which took 22 race wins. The Falcon FG X has now won 19 races.

– McLaughlin has taken 14 of the last 17 race wins for the team with the team claiming 19 race wins since it became DJRTP.