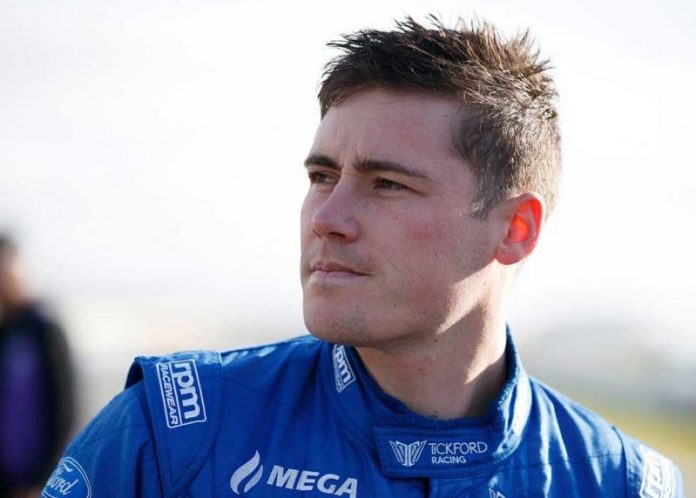 RICHIE Stanaway will not race for Tickford Racing in the 2019 Virgin Australia Supercars Championship.

The 27-year-old and the Melbourne-based Ford team have agreed to mutually end his two-year contract after just one in the wake of the Kiwi’s difficult debut season as a primary driver.

“Tickford Racing and Richie Stanaway have elected to terminate their partnership,” a statement from the team said.

“This decision is mutual, as team and driver believe it is best to part ways at this time.

“Despite a challenging 2018 Supercars season, we think highly of Richie and wish him well in the next chapter of his career.”

After combining with Cameron Waters to win last year’s Sandown 500 amid a strong Enduro Cup campaign, much was expected of Stanaway’s full-time debut – despite Stanaway himself expressing very modest goals for 2018.

The high points were a pair of top-10 qualifying performances including a best of seventh on home soil at Pukekohe, while his best race finish was a ninth at Winton.

Stanaway’s exit confirms that Tickford is still on the hunt for a third driver for 2019.

Will Davison will join Waters and Chaz Mostert as Phil Munday’s 23Red Racing team officially moves under the Tickford umbrella, but the identity of who will replace Mark Winterbottom in the team’s flagship No.5 Bottle-O Racing Team Ford is unknown.

Lee Holdsworth is looming as a strong contender, and a move to Tickford would ironically see him effectively swap with Winterbottom who replaced him at Charlie Schwerkolt’s Team 18.

Kelly Racing’s Michael Caruso and Andre Heimgartner are also yet to have drives confirmed for 2019, while Jack Le Brocq recently told the Gold Coast Bulletin that he is in advanced stages of talks to remain with Tekno Autosports.

“Tickford Racing’s 2019 plans continue to progress, and we look forward to announcing our driver line-up for the upcoming Supercars season in the coming weeks,” Tickford’s statement added.