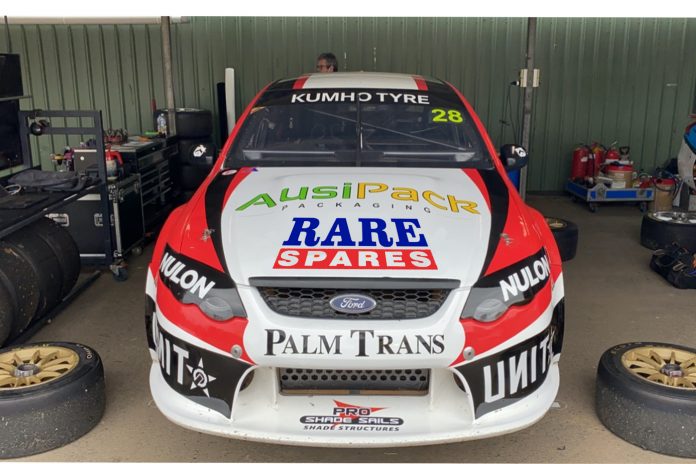 SUPER3 Series leader Jaylyn Robotham has picked up the backing of Rare Spares for his Supercars Bathurst debut in the combined Super2/Super3 round at Mount Panorama next weekend.

The 17-year-old won the opening round on debut at Sydney Motorsport Park earlier in the year and will again be at the helm of the same MW Motorsport FG Falcon at Bathurst.

Robotham, who raced in the Toyota 86 Racing Series at Bathurst last year, has added Rare Spares to the bonnet of his Ford Performance Racing-built Falcon.

“Our passion for motorsport runs deep, over the years we’ve been involved with sponsorship of different categories and personalities and we wish Jaylyn and his team the best of luck at Bathurst,” said Rare Spares MD Lance Corby.

“I’m excited to be returning to Bathurst in 2020, this time in a Supercar!” says Robotham.

“To represent Rare Spares, following in the footsteps of some of Australia’s greatest drivers, will make it a memorable experience.”

The Super2/Super3 category will take to the Mountain next weekend for a pair of sprint races, one on Friday and one on Saturday with a qualifying session for each.