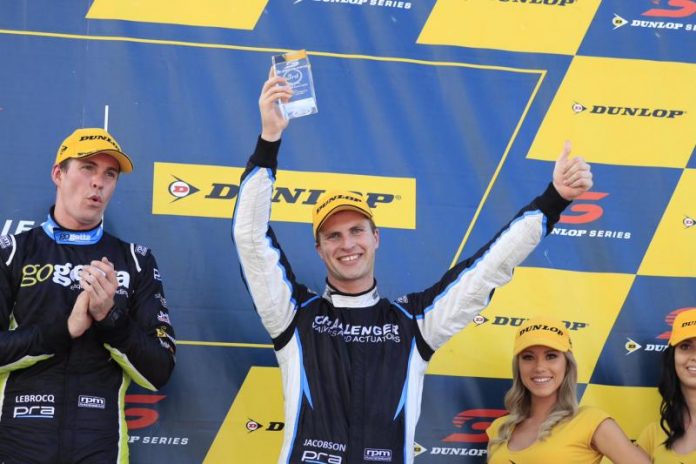 A SUPERCARS young-gun will join the Kumho Tyre Australian V8 Touring Car series field this weekend at the Phillip Island Grand Prix circuit – and may well spice up the championship battle in the process.

The Formula Ford graduate has raced in the Dunlop Series since 2013 and currently trails series leader Jack LeBrocq by just 51 points heading into the next round at Sandown – one week after Phillip Island’s Kumho Series round.

“We’ve been in touch with Garry for five or six years though the DVS and we had a mutual contact that was interested in doing something this weekend,” team owner Matthew White explained.

“We have been keen to get back in the Kumho Series and it’s great to be able to do it with Garry. It works for him getting mileage before his next run because there’s been such a big gap in the DVS calendar – so it ticks boxes on multiple fronts.”

MW Motorsport is no stranger to the Kumho Series, finishing runners up last year with teenage star Alex Rullo behind the wheel of one of the team’s Falcons.

Douglas, who also sits sixth in the DVS standings, returns to his THR Developments VE Commodore this weekend holding a commanding 122-point championship lead following victories in all three of the five rounds contested.

The pair have both been impressive this year: Smith scoring a pole position on his Kumho series debut while Greenbury has established himself as a regular podium finisher.

A strong weekend from ring-in Jacobsen could also help the young pair in their pursuit of the series leader: the MW Motorsport driver potentially taking points away from Douglas to keep Greenbury and Smith in the title fight ahead of the final round set Sydney Motorsport Park this October.

They are both being chased by experienced hands Chris Smerdon and Jim Pollicina, who sit fourth and fifth on the outright leaderboard and are both coming off podium finishes at the most recent Kumho Series round held in Queensland.

Smerdon trails an outright championship podium position by just 20 points heading into the final two rounds, with Pollicina a further 11 points further back in fifth place.

The 16-strong grid set for Phillip Island includes noted Saloon Car racer Mark Primmer, who will make his Kumho series debut aboard the ex-Jason Bright / Ford Performance Racing BF Falcon raced to plenty of Kumho Series success in the past by Tony Evangelou.

Prepared by 501 Performance, the car will sport the iconic Dial Before You Dig colours this weekend.

The popular ex-DJR EL Ford Falcon of Troy Stapleton will also return to the grid, as will fast Queenslander Shane Hunt and Victorian Leigh Moran – who will line up in an Image Racing prepared BA Falcon.

Three races make up the fourth round of the Kumho Tyre Australian V8 Touring Car Series this weekend at the Phillip Island Grand Prix circuit, racing with the Shannons Nationals.

Sunday’s races will be streamed live via Nationals TV, the Kumho Series website or the MotorsportsTV app for iPhone and Android platforms.

Highlights of the weekend’s action will be shown on SBS Speedweek in the weeks following the round.

V8 Sleuth is a proud supporter of the Kumho Series with its logos carried by all cars in its role as a category sponsor.