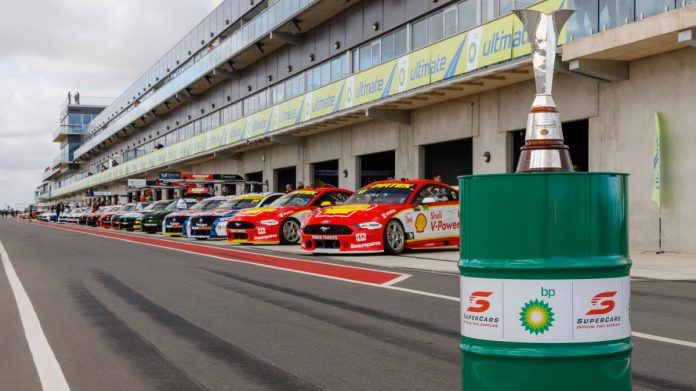 SUPERCARS has revealed the pit lane order for the 2021 Repco Supercars Championship season.

Dick Johnson Racing will once again line up from pride of place in Garages 1 and 2 – the garages closest to pit exit – an honour earnt through its victory in last year’s Teams Championship.

The position also means their cars will lead the field out of pit lane at the start of every session, while the position at the end of pit lane is the one that is most favourable for pit strategy.

Most of the top end of the pit lane order remains the same, albeit with the new Blanchard Racing Team sharing a pit boom with the third Tickford Racing entry of Jack Le Brocq.

The biggest mover in the lane is Team 18; Charlie Schwerkolt’s outfit shifts to Garages 11 and 12 after racing out of Garages 19 and 20 last year.

The only other significant change is at the Pit Entry end of the lane, where Team SYDNEY moves ahead of Matt Stone Racing.

The 2021 Repco Supercars Championship gets underway with the Repco Mount Panorama 500 on February 24-26.