Home News SUPERCARS STICKS WITH SOFT TYRE FOR THE BEND 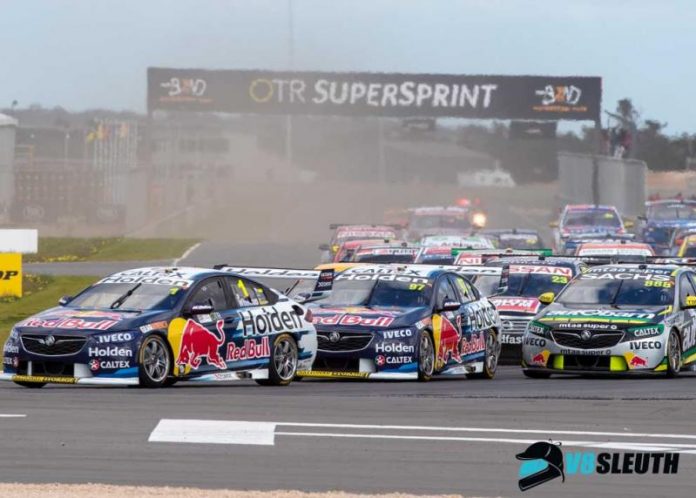 No change in compound for Supercars’ second visit to The Bend …

SUPERCARS has elected to stick with the Dunlop Soft tyre when it visits The Bend Motorsport Park in 2019.

The championship raced on the harder of Dunlop’s two available compounds for its inaugural visit to the new South Australian circuit in August.

During the event there were calls for Supercars to consider using the Supersoft tyre in a bid to improve the racing in its return visit next year.

However, Supercars has revealed its tyre allocation plans for the 2019 season and the Soft tyre will again be used at The Bend, as well as at the Adelaide 500, Phillip Island SuperSprint, Pukekohe and Bathurst. The Supersoft will be used at all other events.

Teams will get the same amount of slick tyres – 436 tyres, or 109 sets – next year despite the calender decreasing from 16 events to 15, with the Winton, Hidden Valley, Queensland Raceway, The Bend and Gold Coast rounds to benefit from an extra set of new tyres each compared to 2018.

Supercars has also deleted the ‘hand back’ rule, which forced teams return a set of slick tyres to Dunlop after Friday practice at all events bar Enduro Cup races and the Auckland SuperSprint.

The rule was introduced to encourage drivers to set a representative time on new tyres on the opening day of an event, knowing that they wouldn’t be able to use that set for the rest of the weekend.

The increased use of the knock-out qualifying format – which sees Friday practice times used to determine the seeding for qualifying for the opening race of the weekend – will ultimately meanthat teams will almost certainly stilldo a new tyre run in practice.

Another knock-on effect of the change is that it will make it more difficult for teams to stockpile sets of new tyres in their ‘pre-marked’ tyre bank for use later in the season by electing not to use their ‘hand back’ set at a race meeting.

Supercars has also increased the wet tyres allocation for the Gold Coast and Sandown Enduro Cup events, giving each car five new sets available for use in the event of rain.