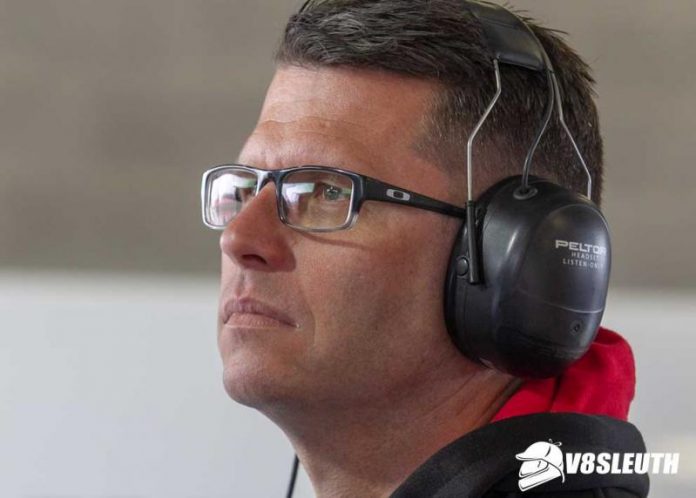 GARTH Tander will not race for Garry Rogers Motorsport in the 2019 Supercars season, the team naming Richie Stanaway as his replacement.

The change comes as GRM announcesthat Boost Mobile has come on board as a naming rights partner in a multi-year deal that will see the team known as the Boost Mobile Racing Team.

Tander made his Supercars debut with GRM in 1998 and grew into a race winner and title contender with the squad, winning the Bathurst 1000 with Jason Bargwanna in 2000 before departing the team at the end of 2004 to join the HSV Dealer Team.

He rejoined GRM in 2017 on a two-year deal that, at the time, had Tander destined to transitionto a management role within the team once his full-time driving career came to an end.

Wednesday’s announcement sees him split with the team entirely.

“I’m grateful for the start that Garry gave me in Supercars and understand his decision to end my full time driving career,” Tander said in a statement released by the team.

“I’m now going to take a deep breath and consider my future that won’t be at GRM, I wish the team well for the future.”

Team owner Garry Rogers said the decision to replace Tander, the 41-year-old having notched up the 2007 Supercars title and 54 championship race wins across 634 starts, with Stanaway “weighed heavily” on his shoulders.

“It obviously comes as a surprise to most that Garth will not be driving at GRM in 2019,” Rogers said.

“On Garth’s return to GRM in 2017 he was guaranteed 2 years of full-time driving and a management role following that.

“There were many aspects to my decision including that Garth was nearing the end of his career and has expressed that 2019 could be his final full time season as a driver.

“I was very conscious of the fact that I would be both the one that started and ended Garth’s full-time Supercar career and this weighed heavily on me.

“In a perfect world I would absolutely have loved to give Garth the send off that such a Champion deserves, but I never lost sight that Motorsport although centred around the driver is about the Team and not any one individual.”

For Stanaway, who split with Tickford Racing at the end of 2018, the drive is a reprieve after a difficult rookie Supercars season.

“I am excited and thankful to GRM and Boost Mobile for giving me a chance to race in one of the greatest championships in the world,” Stanaway said.

“My approach last year and my attitude which often stemmed from my own frustration was the wrong approach at times. I apologise to the people and fans that supported me and believed in me.

“GRM and Boost Mobile have given me a chance and I am committed to give it 100% and do what it takes as a team to win.”

The Kiwi will form one half of what the team called a “new ‘young gun’ driver lineup” with Stanawaypartnering second-year driver James Golding.

“I have a lot of faith in Bieber (Golding) and although his inaugural year in Supercars was not spectacular he certainly has the potential to be a successful driver, as does Richie,” Rogers said.

“The future of the team is always what is at the foremost of our focus, and this chance to partner with a vibrant youth brand like Boost, who have shown their support of Supercars over the years, whilst developing up-and-coming stars.”