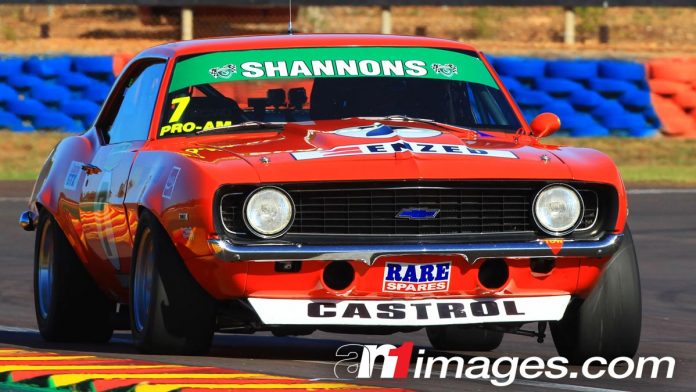 Currently being auctioned by Lloyds Auctions, the 1969 model Camaro was custom built by Mick Webb’s SVO Motorsport for the late Bill Pye to race in Touring Car Masters.

Pye was sadly killed in a plane crash in 2015 and the car sold to Rusty French, who has placed it up for auction among a range of other interesting race cars currently being auctioned.

Also up for grabs in the same auction is an ex-John Harvey HDT Torana A9X, Marcos Ambrose’s first NASCAR race-winning Ford Fusion and a Dallara Formula 3 car raced by Will Power on the Gold Coast.

Featuring a 350 cubic inch Chevrolet engine with a reported 680 horsepower, a special G Force four speed gearbox, 9-inch custom rear end and four-wheel disc brakes, the Camaro is a car that most certainly could continue racing competitively in TCM.

Bidding for the car currently sits at $32,500 with the auction to finish on November 28.