Home News TCR 2019 ENTRY LIST: WHAT WE KNOW SO FAR 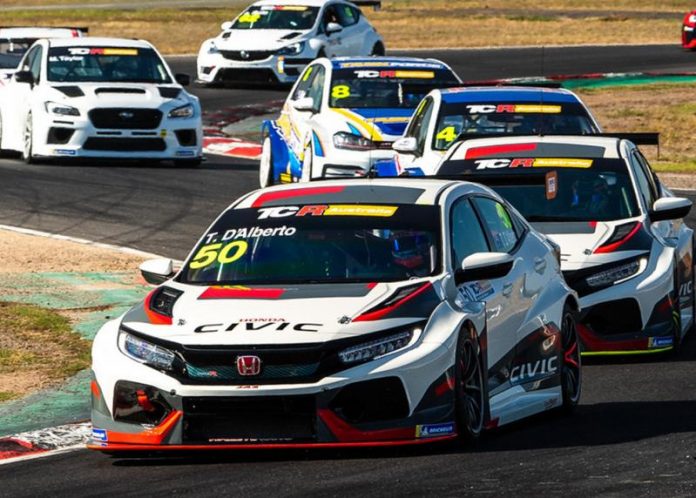 THE entry list for the TCR Australia Series is almost complete ahead of this weekend’s opening round at Sydney Motorsport Park.

At least 16 cars will be on the grid for the category’s first event, with Michael Almond confirmed as piloting a GWR Australia Hyundai i30 N TCR for the Sydney round.

The Porsche Carrera Cup, V8 Utes and Touring Car Masters racer will be the team’s sole representative this weekend, with GWR Australia confirming its second Hyundai will remain in the garage.

CALENDAR: Where and when TCR Australia will race in 2019

The field has filled rapidly with drivers as the inaugural event approached, with a class entry including a Bathurst 1000 winner, an Australian Rally Champion, and a current Supercars racer on the grid for the opening event.

Taylor is one of three female racers in the field, with Chelsea Angelo and Alexandra Whitley securing drives with Kelly Racing and Jason Bright’s Team Tradie respectively, with Angelo set to be partnered by Alex Rullo in the squad’s second Opel.

There will be plenty of drivers with Supercars experience on the grid, including several current Enduro Cup drivers.

Tony D’Alberto will pilot one of Wall Racing’s Hondas, where he will be joined by sports car star John Martin, while recent Super2 race winner Will Brown will join former teammate Nathan Morcom aboard HMO Customer Racing’s two Hyundais.

Dutch GT racer Rik Breukers will race the Melbourne Performance Centre’s Audi, while the team’s plans for its Volkswagen have yet to be confirmed.

The series also revealed that the highly-experienced Alex Davison will serve as TCR Australia’s Driving Standards Observer for the 2019 season.

The seven-round championship gets underway at the Sydney Motorsport Park round of the CAMS Shannons Nationals on May 17-19.