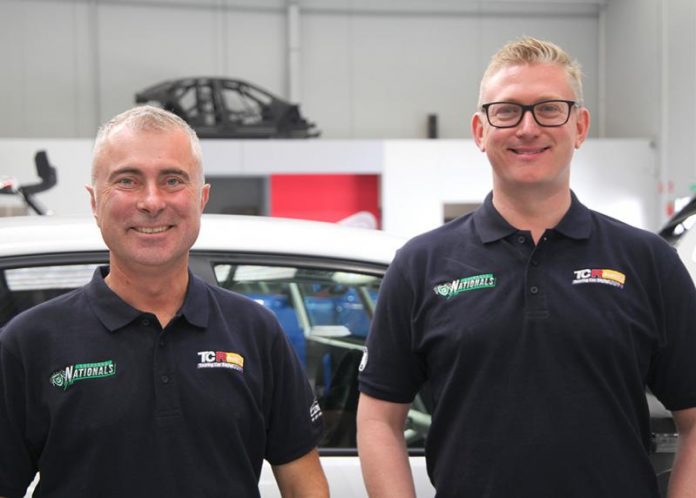 THE TCR Australia Series has revealed the line-up of its broadcast team, with Greg Rust and Aaron Noonan confirmed as hosts.

Rust and Noonan will co-host the broadcasts and co-commentate the races, set to be shown live on free-to-air broadcaster SBS.

“I’m really excited about the TCR Australia Series and bringing the action to fans around the country, mainly due to the simple fact it’s an all-new series that is absolutely impossible to predict – there’s no form guide or runs on the board yet,” Noonan said.

“There’s a whole fleet of cars brand new to the country, a range of well-credentialed drivers that will be adapting to them and a great blend of makes and models – it’s those elements that see me keen to get to Sydney for Round 1 and see who stacks up where.

“It’s sadly often overlooked, but Australia has a great history of small capacity touring car racing. From the Minis and Cortinas winning outright at Bathurst in the ’60s to the Corollas that dominated Group A class racing in the ’80s and early ’90s and the amazing era of Super Touring in the mid to late ’90s, TCR Australia is the next chapter of that history.

“The opportunity to link up with ‘Rusty’ to call the action on SBS is one that has taken nearly 20 years to come together. We have rarely worked on air together given we were on different broadcasters but on the very rare occasions where we have worked together, we’ve had a ball. And that’s what we’ll be doing with TCR and the Shannons Nationals this year.

“Regular TV commentary has been absent from my working world for a few years, so I’m energised and eager to get back into the commentary box and call the TCR Australia action live on SBS and for the live stream.”

“I had so much fun working on the Shannons National’s live stream last year. It was just good to do something fresh. With TCR joining the line-up and coverage on SBS 2019 is going to be a ripper year,” Rust said.

“It kind of takes me back to where it all began. My first proper TV job was with SBS in the mid ’90s. And it has a little of a Super Touring vibe about it. I loved working on that series too. Different makes, drivers and teams from various motor sport backgrounds and a brilliant broadcast team. Plus I’ve seen TCR up close in Singapore when I’ve covered the F1 race there – it’s fantastic that it’s coming down under.

“I love working ‘the lane’ and that won’t change on race day but I’m really excited to join my buddy ‘Noonz’ in commentary for TCR. His preparation is second to none and we both plan to make this fun. That’s my mantra these days.”

The duo will make their debut at the opening round of the Shannons Nationals and TCR Australia Series at Sydney Motorsport Park on 16-17 May.

SBS’s coverage of TCR will begin on Saturday, 18 May at 2pm AEST, with one race to feature on the one hour show on Saturday, while Sunday’s broadcast will showcase two back-to-back races and run from 1pm – 3pm on 19 May.