Home News THE 00 FALCON AT GOODWOOD 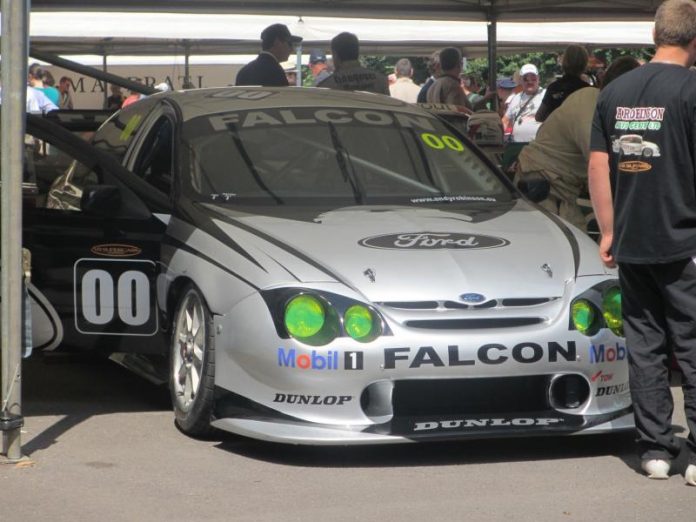 Or was it? The V8 Sleuth explains all …

THE V8 Sleuth has had plenty of emails, Facebook messages and other contact in regards to the 00 Motorsport/Craig Lowndes-liveried Falcon that ran recently at the Goodwood Festival of Speed in England.

It’s caused all sorts of confusion to even the most hardcore of V8 Sleuth follower who have been scratching their heads to figure out which car it is!

We can put your minds to ease – it’s not the original ‘green eyed monster’ Craig Lowndes 00 Motorsport Falcon!

The car at Goodwood is owned by Brit Andy Robinson, who recently painted it up in the familiar black and silver colour scheme.

But his car in fact started life as a Paul Weel Racing car that debuted in 2001 at the Queensland 500 in the hands of Weel and Tim Leahey.

It raced in Weel’s hands in 2002 and was then used in the V8 Development Series by Howard Racing before heading to the UK with Adam Sharpe.

It’s one of two cars owned by Robinson, while the original Lowndes ‘green eyed monster’ #00 Falcon is retained by Bob Forbes in Australia and is on display at the National Motor Racing Museum at Bathurst.