Home News THE 2014 EMAIL THAT PUT MCLAUGHLIN ON PENSKE RADAR 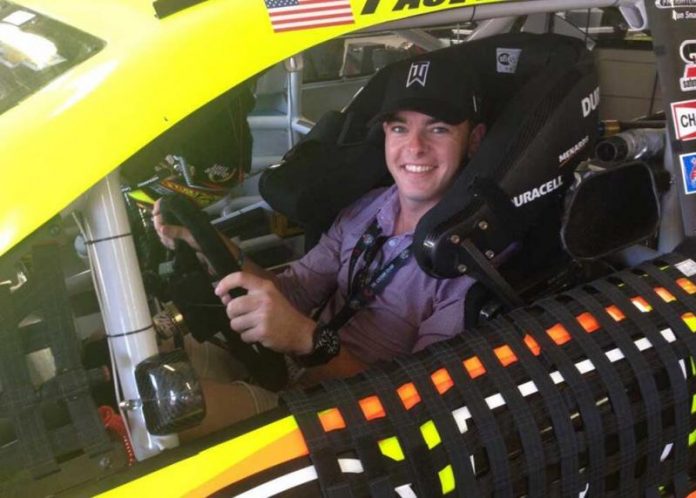 SCOTT McLaughlin has revealed how he put himself on Team Penske’s radar long before he joined DJR Team Penske as a Supercars driver.

The recently-crowned 2018 champion joined Greg Rust’s Rusty’s Garage podcast for a wideranging chat, including how he first made contact with the US racing goliath.

It was a visit to a NASCAR race at New Hampshire in July of 2014 that got the ball rolling, with Marcos Ambrose giving him a hint of the bombshell that would hit the sport two months later.

“He said look, Penske are looking at coming into the sport. Maybe give Tim Cindric and email just to give him your detail, he’s a great guy to have on your side,” McLaughlin told Rusty’s Garage.

“So I emailed Tim Cindric after the New Hampshire race – I was a bit nervous. I actually found it the other day and I sent it to Tim and we laughed about it!

“I wrote it up and said I was coming (back) over in November – I hadn’t booked the flights or anything – but these are my details, I’d love to meet up with you (at Team Penske headquarters in) Mooresville and have a look at the shop with you.

“Whether you come into Supercars or not, I would love one day (that) maybe we could talk about a NASCAR thing … this could be in 10 years or so, but here’s my details if you ever need someone to drive a road course.

“Two days later he responded and said, ‘I know who you are, I’m keen to meet up with you. Make sure you come over in November and we’ll make a time to catch up. Let me know when you get here.’ I booked my flights that day!”

McLaughlin was still under contract to Garry Rogers Motorsport at the time, in the middle of a deal that carried through to the end of the 2016 season.

“Obviously I was doing this in good faith with Garry (Rogers),” he said. “I didn’t tell him I was going there to meet with Penske, but this was all before (their)Supercars thing.

“Tim didn’t really give away that they were coming in, but he said,’look, if we ever did, we may want to have you on board.'”

McLaughlin also related the first time he met Roger Penske – and how ‘The Captain’ nearly revealed his quiet visit a year earlier!

“2015 in New Zealand was actually the first time I met Roger,” McLaughlin said.

“He came out and sent me an email, and I absolutely crapped my pants when he sent it! I didn’t have my phone turned on and I actually missed the email, but he came and saw me.

“He was like, ‘so how did you like the shop?’ And I was ducking for cover because I hadn’t told anyone I’d been there or anything like that!

“I was like ‘oh, it was alright! Let’s go talk over here…’ But from that day on he was amazing.”

Click HERE to listen to the Scott McLaughlin episode of the Rusty’s Garage podcast.