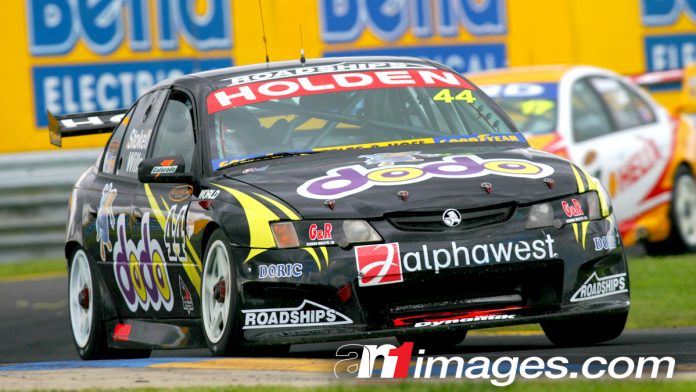 PLENTY of drivers and teams have had to dip into their wallets over the years for various misdemeanours both on and off the track.

Some have been well-publicised, some highly controversial and others forgotten and lost somewhere deep in the memory bank, just waiting to be dug out by the V8 Sleuth team!

Our recent story on the fines issued to Supercars drivers in 2020 also go us thinking – what are the biggest fines over time in the history of the championship?

We’ve dug back through our archives and here are the top 5 fines issued in the Supercars era of the championship’s history. Note – these are the actual paid amounts, not counting suspended elements of the fines.

Note: JFA Pty Ltd, owned by John and Alyson Faulkner, was deemed liable for liquidated damages of $300,000 ($150,000 for each franchise) for failing to attend and participate under its two Level 1 licences at the Queensland Raceway round in 2003. We haven’t included this in our list given it was for a franchise matter relating to TEGA’s rules rather than an at-event penalty – in essence it was a penalty for not being at-event!

The South Australian based team got tongues wagging in 2004 when it was found guilty of testing rule breaches by running a car at the Woomera rocket range.

Initially the breach for unauthorised testing had been USD$50,000 (approximately $72,000 at the time) with $15,000 AUD for control tyre use breach, $15,000 for a sensor breach and $2000 for transporter identification breach (the team covered over the signage on the team’s truck).

The team appealed the penalties and the V8 Supercar National Court of Appeal increased the penalty for the testing rule breaches, increasing the penalty in relation to unauthorised testing to AUD $100,000, making for a total of $132,000 in fines.

This is a fine many people may have forgotten!

The CAMS regulation forbidding the presence of commercial and promotional personnel on the podium was deemed to have been broken and handed out a $30,000 fine to DJR, which Ford accepted blame and paid DJR for.

This one has still got non-DJRTP fans up and about – the engine in the #17 Mustang that took Scott McLaughlin to pole position at Bathurst in 2019 was found to have exceeded the maximum valve lift in 5 of the 8 cylinders – scoring the team a $30,000 fine.

As a result, #17 McLaughlin’s pole position time in the Shootout of 2m03.3783s was scrubbed from the record books though he still started from pole on race day in October 2019 – and he still has the fastest legal Supercars lap of Mount Panorama to his name.

The fine came in addition to a rear-of-grid starting penalty for McLaughlin and co-driver Alex Premat in the Sandown 500.

WPS Racing owner Craig Gore certainly knew how to hit the headlines and he did it again at Queensland Raceway in 2007.

His team copped a $25,000 fine for bringing the sport into disrepute after people representing his team were seem in possession of t-shirts in the merchandise area that featured the wording ‘stay out of our sport Hewson’, referring to then-newly-appointed TEGA boss John Hewson and speculation he was trying to unseat Tony Cochrane from his Chair role.

A few weeks prior Gore had distributed a scathing letter to his fellow V8 Supercar team owners attacking Hewson and members of the TEGA Board.

Never one to filter things, the 2017 Bathurst winner took pole for the 2015 race in a wet Shootout but had got himself into a bit of hot water in the Thursday press conference.

His comments regarding the Harvey Norman Supergirls wildcard entry landed him in hot water and cost him $25,000. He labelled the car, driven by Renee Gracie and Simona De Silvestro as a wagon of some sort – you can Google the rest of it no doubt!

Dave talked about how he paid the fine here on the V8 Sleuth Podcast in early 2020.

Those That Came Close …

There are a few other fines that have been close to breaking into the top 5 list but not quite made it.

There has been plenty of $10,000 fines over the years too, all stories for another day!