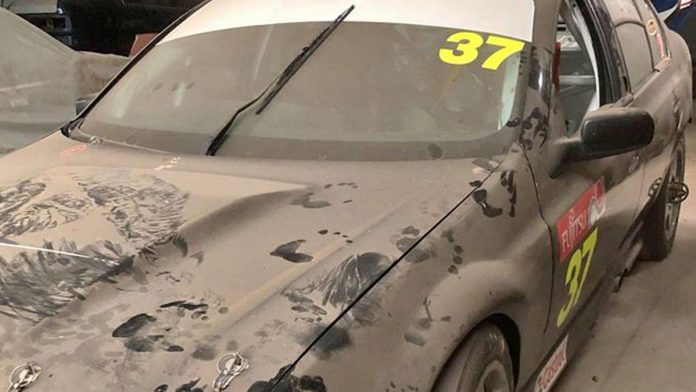 V8 SLEUTH readers are always keeping us abreast of anything they find online and a few of them have pointed us in the direction of what appears to be something of a ‘barnfind’.

The appearance of this Falcon V8 Supercar on Facebook Marketplace this week has got plenty of tongues wagging and lots of interest in what appears to be a BA model Falcon race car.

ONE WEEK ONLY: V8 Sleuth’s Mad March sale on now!

Covered in dust, it appears to have been stored away for a while!

The car, advertised by Willie van Wersch, in fact started its life as an AU Falcon built by Paul Weel Racing in Queensland.

It was raced by Weel in 2000 and 2001 in the Shell Championship Series for V8 Supercars and later found itself in New Zealand, where it was converted to the latter panels and used as a ride car by Team Kiwi.