Home News THE DARK TIMES HOLDSWORTH AND TEAM 18 LEFT BEHIND 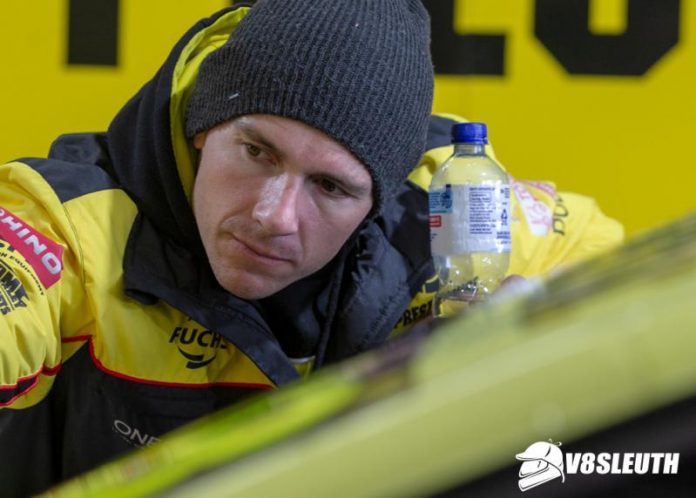 The pair went their separate ways at theend of last year after four difficult seasons together; happily, both are enjoying a new dawn of competitiveness in 2019.

Holdsworth moved to Tickford Racing, while Charlie Schwerkolt’s squad rebuilt itself into IRWIN Racing, both changes that were in motion by the time Supercars headed to Mount Panorama last October.

This excerpt from the official 2018 Supercheap Auto Bathurst 1000 annual emphasises just how much adversity they faced in their last year together.

“YOU’D think it would get easier, wouldn’t you? But it doesn’t.”

Lee Holdsworth had every reason to be downbeat. It hadn’t been an easy year for either he or Team 18 and Mount Panorama had slapped them both in the face once again.

Transaxle problems, electrical problems, power steering issues … the #18 Preston Hire Holden had given its crew more than its fair share of heartache across just four days at the Supercheap Auto Bathurst 1000.

It was the steering that afflicted the car first, waiting until the middle of qualifying to strike Holdsworth down just as the final flying laps were about to begin. The #18 Commodore sat in the garage having a steering rack changed while others went faster, consigning Holdsworth and co-driver Jason Bright to 21st on the grid.

The 1998 Great Race winner had been a relatively late inclusion in the team’s line-up.

The full story of last year’s edition of The Great Race is told, car-by-car, in our limited edition 2018 Supercheap Auto Bathurst 1000 Annual, the only official book chronicling Supercars’ visit to Mount Panorama in 2018.

Order your copy from Authentic Collectables.

The initial plan was for third generation racer Matt Brabham to suit up alongside Holdsworth in the Pirtek Enduro Cup events, but a mishap at Winton that prematurely ended a test day plus a general lack of track time to get up to speed saw the team elect to bring Bright into the fold.

“I feel for him. I get on well with Matty and he’s a good steerer,” Bright said.

“It’s just tough when you don’t get enough time in the car to get on the pace in one of these cars.”

Bright didn’t get many dry practice laps at Bathurst, either. He missed out on a drive in Practice 6, the only true dry session in the lead-up, when the transaxle broke after Holdsworth had completed just six laps.

Saturday also saw Holdsworth confirm he was on the market for 2019, following rumours linking Mark Winterbottom to his seat at Team 18.

“I’m not really too concerned about the chat in here,” he said.

“The reality is a driver change isn’t going to make much difference at the moment.

“I just want to get myself in a competitive car and be back up the front. I’m talking to people, making sure I end up in the right seat.

“I’d be very disappointed not to be full-time next year, considering I feel like I’m at my best at the moment and just need to be able to prove that.”

Race day, unfortunately, didn’t give him that chance.

The pair held steady on the fringe of the top 20, before progress from Bright through his opening stint was converted to 12th place after the second round of stops. He held his own among the co-drivers, but the handful of spots he lost at the end of his stint were due to the onset of a misfire aboard the #18 Holden.

The time loss was compounded at the following pit stop, the driver change taking longer than the fuel, but the telltale dark smear at the tail of the car painted an ominous picture.

Bright reported more problems with the transaxle during his next stint, and with the misfire still present, he brought it straight into the garage to get both issues sorted.

“We’ve got a bit of an electrical gremlin in the car and also a leaking transaxle,” Holdsworth said.

“Yeah … I don’t know what I do my training for because I don’t get much time in the car.”

Three laps were lost while the remedies were applied, the car losing another before taking the chequered flag in 21st.