Home News THE ENFORCER’S HOLDEN COMEBACK CAR ON THE MARKET 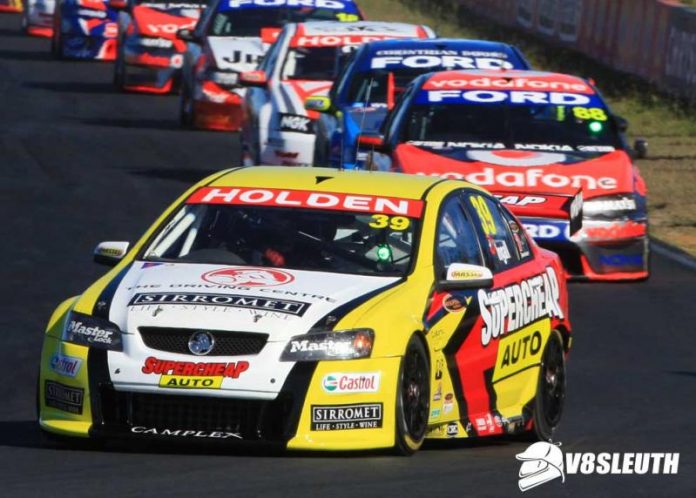 A potential front-running car for the 2019 Super3 Series…

THE car that brought Russell Ingall back to Holden is on the market and ready to return to racing after five seasons.

The Commodore was built brand new in 2008 for Ingall’s arrival at PMM, ‘The Enforcer’ returning to the red side of the fence after five seasons and a Supercars Championship aboard a Ford, the chassis named in honour of charismatic Holden racer CaptainPeter Janson.

Ingall raced the car to a pair of podium finishes at Queensland and Bahrain, before the car became Tim Slade’s first Supercars ride in the 2009 season.

The car was later raced in the Super2 Series before being purchased by Pither and Ice Break Racing as a ride/show car.

Another high profile name to hop behind the wheel of Janson is Supercars Media commentator Chad Neylon, who drove the car at a ride day at Sydney Motorsport Park in late 2014.

The car comes with a very extensive spares package, and would be a potential front-runner in the right hands in the recently-rebranded Super3 Series in 2019.

For full details on the car, including sale price and the full list of spares, head to the listing in the V8 Sleuth Online Showroom Powered By Authentic Collectables.