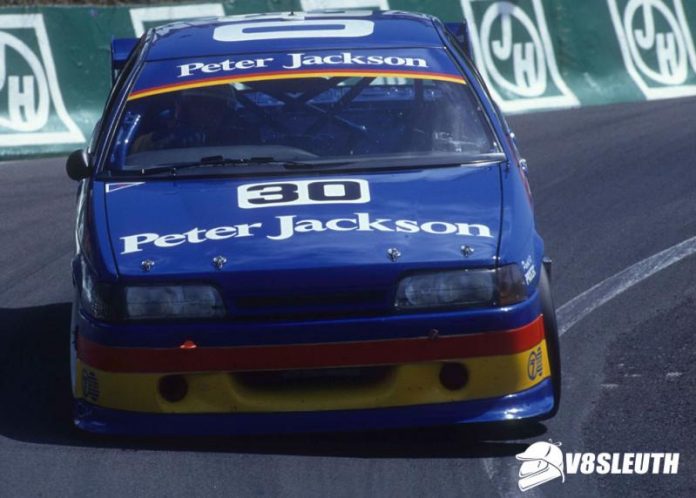 WHEN Glenn Seton debuted his Peter Jackson Racing Ford Falcon V8 in the 1992 endurance races it gave touring car fans a taste of what they were in for come 1993 when V8 regulations were to be adopted in Australian touring car racing.

Seton’s Melbourne-based team were the first to debut one of the new generation Falcons in an actual race at the Sandown 500 that year where brake problems sidelined Seton and new partner Alan Jones.

They qualified well at Bathurst but retired with issues before a bigger issue hit at the Adelaide Grand Prix. Arguments over the homologation of the new EB Falcon meant both Seton and Dick Johnson’s car were sent to the back of the grid but worse was to come when Seton ploughed into the wall entering Victoria Park heavily.

The damage to the new blue Ford was severe, enough in fact for the team to elect to abandon this chassis and build two new cars for the 1993 season.

It’s sad to think this car- which was the first in a long line of Supercar-spec Falcons – no longer exists for race fans to enjoy.

Just how much would it be worth today? We’d be interested in what V8 Sleuth readers think!