Home News THE FEARFUL FACTS FOR THE SUPERCARS FIELD 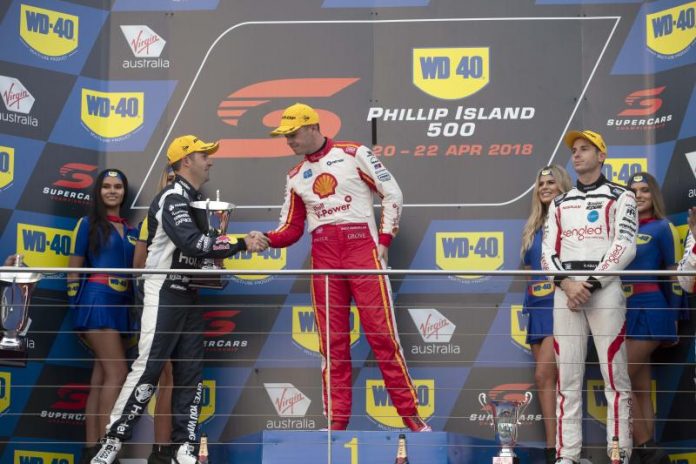 THE V8 Sleuth’s industry-leading AN1 Data system has thrown up some very, very scary numbers for all teams up and down the Supercars Championship pit lane – unless of course you’re one of the powerhouse squads.

Qualifying remains the ultimate form of on-track muscle flexing where premium lap times are laid down on the line and it’s in these sessions where the power teams are showing the ever-increasing gap between them and the rest of the field.

Between them, Triple Eight and DJR Team Penske have taken a staggering 45 of the last 50 ARMOR ALL Pole Positions in the championship, their drivers simply blitzing the opposition and showing they are very much the powerhouse squads in pit lane.

Teams other than T8 and DJRTP have taken just five pole positions between them since the 2016 Sandown 500 – three to Tickford Racing (two to Cam Waters and one to Chaz Mostert, though none as a team since Pukekohe last November), one to Nissan Motorsport (Rick Kelly in Darwin last year) and Walkinshaw Andretti United (when it was known as HRT with Garth Tander in Sydney in 2016).

The powerhouse Triple Eight and DJRTP outfits have swept all 14 pole positions on offer this season and have taken the last 19 poles in a row between them since the Sunday race on the Gold Coast last season.

The rise of the Shell V-Power-backed team since the majority shareholding purchase by Team Penske has been a major part of these numbers.

At DJR Team Penske it’s been Scott McLaughlin doing all of the damage, claiming 23 of the team’s 24 poles in that time with just one single pole (Barbagallo last year) to teammate Fabian Coulthard.

Shane van Gisbergen has been the main strike weapon for Roland Dane’s team during the period under analysis, claiming 12 poles to Jamie Whincup’s eight and Craig Lowndes’ single pole in Tasmania this year, making a total of 21.

However, looking at the 50 pole positions determined prior to the analysed period of 50 (covering Race 6 at Symmons Plains 2015 to Race 19 in 2016 at Sydney Motorsport Park) shows just how stark the rise of DJRTP as a powerhouse has been – with its fellow Falcon squad from Melbourne the ones to slide.

In that time Triple Eight took 10 poles (Whincup 6, 2 each to Lowndes and van Gisbergen) with seven to GRM (all via Scott McLaughlin and the speedy Volvo), two to DJR Team Penske and Walkinshaws (as HRT) and singles to Brad Jones Racing, Nissan Motorsport and TEKNO Autosports (van Gisbergen at Gold Coast 2015 before he departed for Triple Eight).

In the sixth year of Car of the Future-specification cars in the championship, these numbers make it clear that the period of genuine possibility of a range of different pole-sitters in Supercars has disappeared.

In simple terms, the biggest and best-funded teams have spent the last six years developing the best mouse trap (and adapted to new models and the like best) – and the numbers in qualifying in recent times absolutely show this to be the case.

It’s no different to the latter years of the previous car platform where Triple Eight and Ford Performance Racing swept all before them, winning every single race in 2012 before the introduction of new generation equipment shook up the running order.