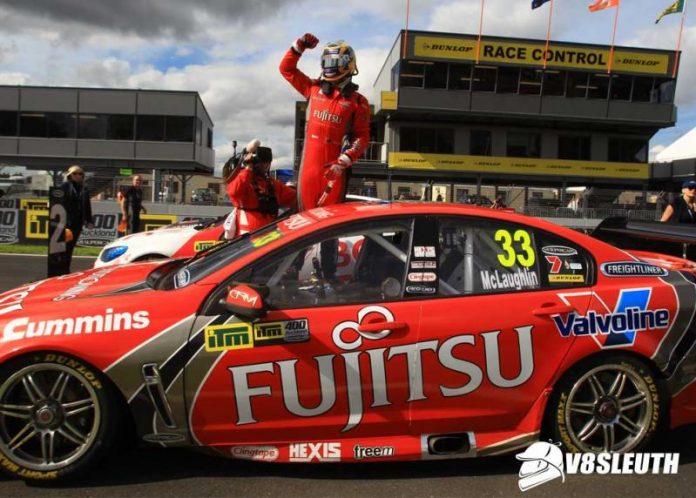 THE Garry Rogers Motorsport Commodore VF driven by Scott McLaughlin to his historic first Supercars Championship race win at Pukekohe in New Zealand in 2013 is for sale.

The car, the first Car of the Future chassis built up by GRM in Melbourne, has been put onto the market by Dragon Motor Racing boss Tony Klein via the V8 Sleuth website.

McLaughlin drove the car during his rookie ‘main game’ season in 2013, also clinching victory in the non-championship Sunday race at Albert Park as well as an additional championship race win at Queensland Raceway.

Considering McLaughlin might just go on to become Supercars Champion in a few weeks’ time in Newcastle, this car could make for a smart acquisition for a savvy collector.

The car later spent time in the Dunlop Super2 Series with GRM after McLaughlin and the team moved into Volvos and proved to be a winner there too, James Golding winning races at Phillip Island and Sandown aboard it in 2016 on his way to finishing fourth in the series.

The car – GRM VF14 – will be competing in Newcastle this year in the hands of Jordan Boys in the final round of the Super2 Series and will be available after that weekend.

Further details on the sale of this car, including the asking price, are listed here on the V8 Sleuth Marketplace Page Powered By Authentic Collectables.