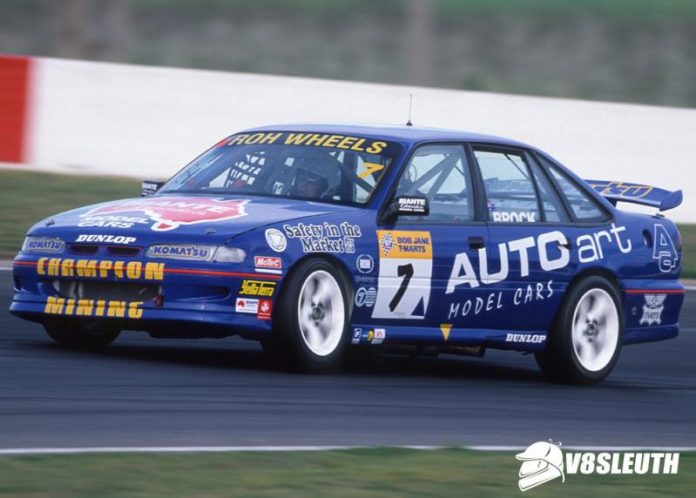 A WHILE ago we put out the call to try and find surviving Future Tourers – now we’re on the hunt for one of the most notable cars from the category’s brief history.

Originally called Junior Tourers when it was announced early in 1999, it had been renamed Bathurst Tourers by the time of its race debut at that year’s Bob Jane T-Marts Bathurst event.

James Brock claimed the victory in the inaugural 300-kilometre race, shortened by 10 laps due to heavy rain, among a field mixed with the new-generation Tourers and AUSCARs.

While Brock went on to race a new Holden Commodore VT when the rechristened Future Tourers got underway proper on the Australian Super Touring Championship support bill – a car whose whereabouts we turned up last year – what happened to the blue #7Commodore VS that Brock Jnr famously piloted to victory at Mount Panorama?

From our recollection, the VS-model Holdenstarted its life as an AUSCAR before being converted to Future Tourer specifications for the race.

Know anything that could put us on the trail of finding it? Get in touch with us here!