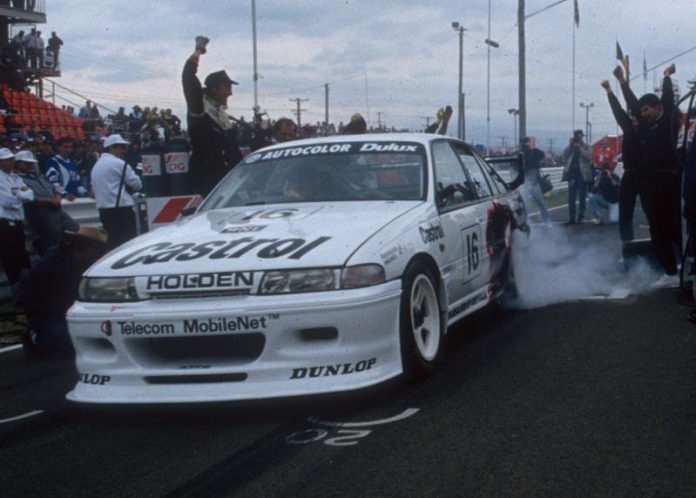 THE restoration of a Holden Racing Team Commodore that never raced is among the stories in the new edition of Australian Muscle Car magazine.

While AMC Issue 111 pays homage to the 40th anniversary of the Holden Torana A9X's domination of the 1979 Bathurst 1000 with an in-depth look back at the event, the edition also announces the reappearance of a unique HRT Commodore.

It's a car that has no racing history, but played a unique role across the history of both the HRT and Holden Special Vehicles.

It served its time with HRT as a show car, but it wasn't built out of just any VN Commodore. This car began its life as one of two genuine pilot-build Group A SS VN Commodores, used by Holden to test for durability prior to building the production versions.

Although it never raced, the car was used in competition: it served as HRT's entry in the pit stop challenge ahead of the 1992 Bathurst 1000 (pictured above).

The car stayed with the team throughout its years racing VN, VP, VR and VS Commodores, and had a starring role in an unusual place – the Sydney Harbour Tunnel.

This was the (then-VP) Commodore used by Allan Grice to chauffer Channel Nine morning show host Liz Hayes through the tunnel as part of its official opening in 1992 (video below).

The full story of the car's life, its restoration, and how it looks now can be found in AMC Issue 111.