Home News THE IMPACT OF CENTRE OF GRAVITY CHANGES 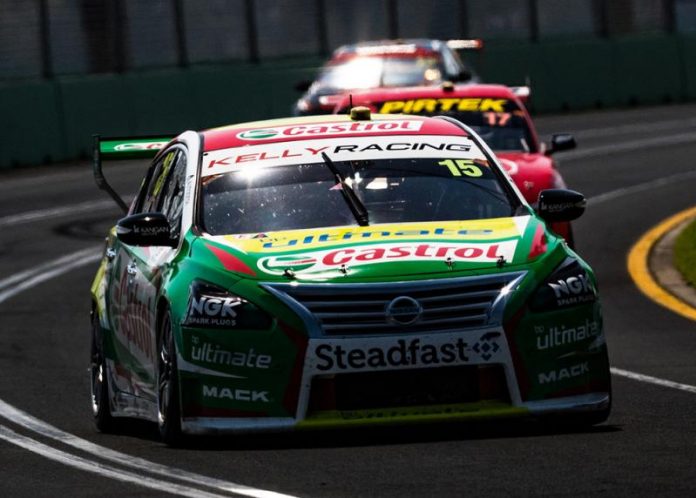 IN the wake of Supercars’ decision to equalise Centre of Gravity (CoG) between the new Ford Mustang, Holden’s ZB Commodore and the Nissan Altima, it begs one question.

Just how big an impact does a small change in CoG make?

“The biggest advantage you get (with a lower CoG is) in change of direction, from what I’ve seen with the Mustang.

“When you come to Tassie it won’t mean much, but at a place like (Albert Park) it’s a big advantage for sure.

“On our calcuations, at the Grand Prix circuit in our cars, for every 10mm lower the CoG is, it’s worth 0.4s pace advantage: it’s a two-minute lap and there’s 15-16 corners, a lot of which are changes of direction.”

Series technical officials measured the CoG of a total of 10 Mustangs, Commodores and Altimas at Kelly Racing’s headquarters in the days following the Albert Park event, the results revealing that the Ford and Holden held a CoG advantage over the Nissan – although the scale of the advantage has not been revealed.

Supercars confirmed on Wednesday evening that from Symmons Plains onwards, the Mustangs and Commodores will have to run ballast higher in the car – again, the amount and where it will be mounted has not been revealed – in order to equalise their CoG with the Nissan.

However, Kelly doesn’t expect the ballast changes to their rivals to be a significant boost to the Altima’s fortunes.

“I don’t expect us to rocket to the front of the field by doing this, and it would be wrong of us to think that this will have that big an influence on our results,” he said.

“Our biggest issue still remains the shift in aero balance that we’ve had last year to this year.

“The CoG change is an important piece of the puzzle, but not the one that’s going to influence our results.”