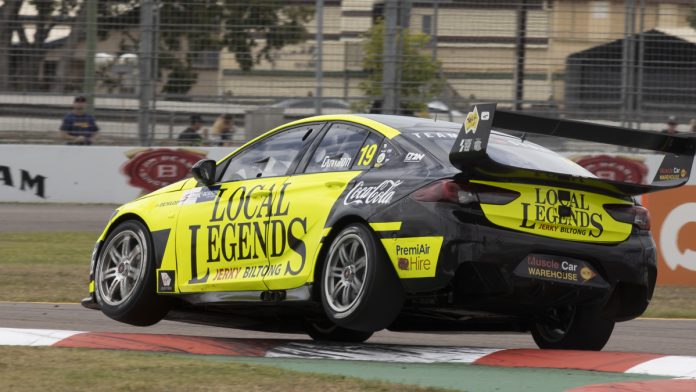 ALEX Davison has achieved a unique feat in Bathurst 1000 history and he’s looking to extend his unbroken record streak of finishes in the big race on October 18 at Mount Panorama.

The Team Sydney driver, who will share the #19 Local Legends Commodore with team boss Jonathon Webb, has a 100% finishing record in the Bathurst 1000 since his debut back in 2004.

Davison has started and finished 15 Bathurst 1000s, making him the clear record holder for the most race starts of any driver with a 100% finishing record in the history of the race.

Thompson and Mostert both had years where they failed to start the race – the former missed the 2008 race after a practice accident involving co-driver Paul Weel and the latter missed the 2015 race after his nasty qualifying crash on the Friday afternoon.

Davison’s first Bathurst 1000 came in a Castrol Perkins Commodore VX alongside Jamie Whincup in 2004 and he’s only missed one ‘Great Race’ since then – 2016.

His best finish remains fourth alongside younger brother Will in an Erebus Mercedes in 2014 and he’s collected seven top 10 finishes along the way.

In fact, Whincup is second only to Davison in Bathurst 1000 history for the highest percentage of finishes by drivers starting seven or more ‘1000s.

Gulson holds the record for most finishes in a row from his debut Bathurst race onwards – he finished his first 16 in a row before his first ‘DNF’ in 1986. However, along the way he also failed to start the race after practicing in 1976 and 1981.

Should Davison be able to finish this year’s race he’ll tie Gulson for this unique place in ‘The Great Race’ record books.

PODCAST: FROM THE ARCHIVES – BOB JANE