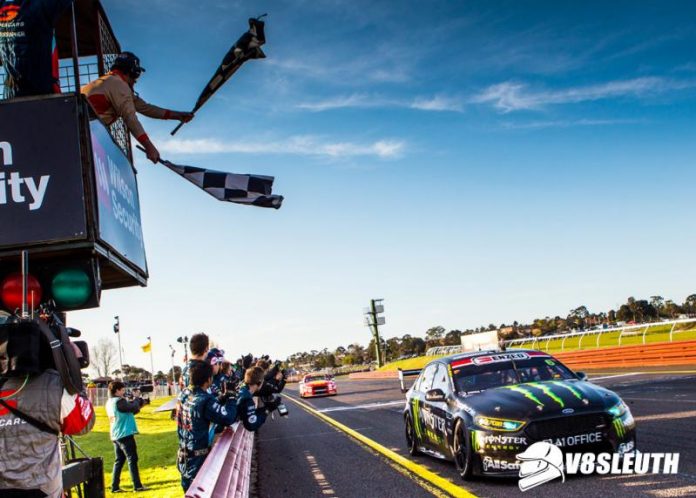 THE revelation that Supercars has given ‘time certain finishes’ the heave-ho certainly triggered plenty of fan reaction on social media today.

It has been reportedthat Supercars has decided to drop time certain finishes, which sees the chequered flag waved once a race runs one lap past a pre-determined time, rather than completing the full distance.

A total of 485 Supercars Championship races have been run since the 2003 Sandown 500, which was shortened by 20 laps after that race triggered the ‘time certain’ rule at 4:45pm local time.

Of that tally, 37 races have been cut short due to running past the set finishing time – or 7.62 percent.

The amount of races per year curtailed due to time has increased in the Car of the Future era, with a total of 24 races going ‘time certain’ out of the 202 races held since the start of the 2013 season – that percentage jumps to 11.9 percent.

The race that lost the most running due to the time-certain stipulation was the 2017 Sandown 500, pictured above. Cameron Waters and Richie Stanaway won a race shortened by 111 kilometres courtesy of a lengthy red-flag period at the end of the opening lap to repair the armco barriers at the Esses.

Perhaps the most fascinating figure is the total amount of racing that has been lost to time-certain finishes.

847 kilometres lost to time-certain finishes does sound like a lot – it’s most of a Bathurst 1000, after all! – but it represents less than one percent of the total scheduled race distance of every Supercars Championship race since the 2003 Sandown 500.

The one race that has never been subject to the ‘time certain finish’ rule has been the Bathurst 1000: that has always been allowed to run to its completion regardless of time.