Home News THE STORY BEHIND THE AUSSIE DRIVER SEARCH FALCON 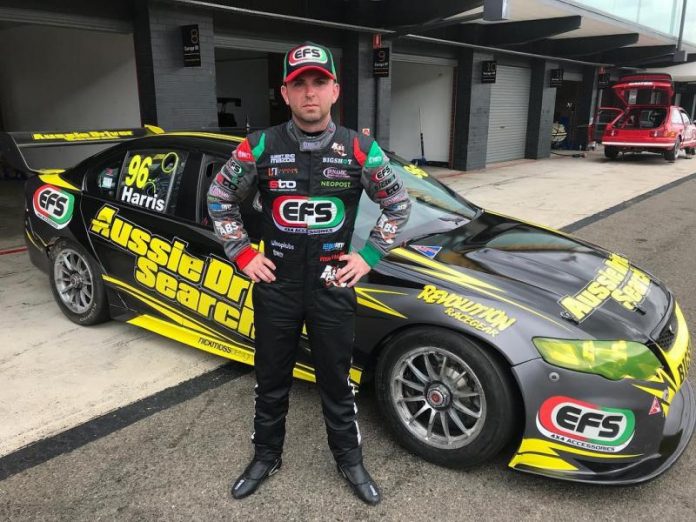 REIGNING V8 Utes Champion Ryal Harris is no stranger to V8 power but will make his first appearance in the Kumho V8 Touring Car Series at Phillip Island later this month.

Harris tested the Aussie Driver Search Falcon FG at the ‘Island this week and is set to be part of a very strong entry for the opening round of the series.

Secured by Aussie Driver Search’s Kyle Austin in the off-season, the Falcon is an ex-Ford Performance Racing FG model, first raced by Steve Richards for the factory squad back in 2009.

He raced it again for the first half of 2010 before it was sold off to Tony D’Alberto’s team for D’Alberto to drive in his move to Ford in 2011.

The car remained in his hands in 2012 and then again in 2013, though run in the Dunlop Series for Nick McBride before it was sold to Jim Pollicina.

One of the unique elements of this car is that while it’s an FPR chassis it is powered by a Stone Brothers Racing engine!

The opening round of the Kumho Tyre V8 Touring Car Series will be held at Phillip Island as part of the WD-40 Phillip Island 500 Supercars Championship event on April 20-22.

Once again V8 Sleuth is an official partner of the series, which is effectively the unofficial third tier of Supercars racing.

To read all about this car and every Falcon Supercar ever built, order a copy of ‘The Falcon Files’ here from our V8 Sleuth Online Store.