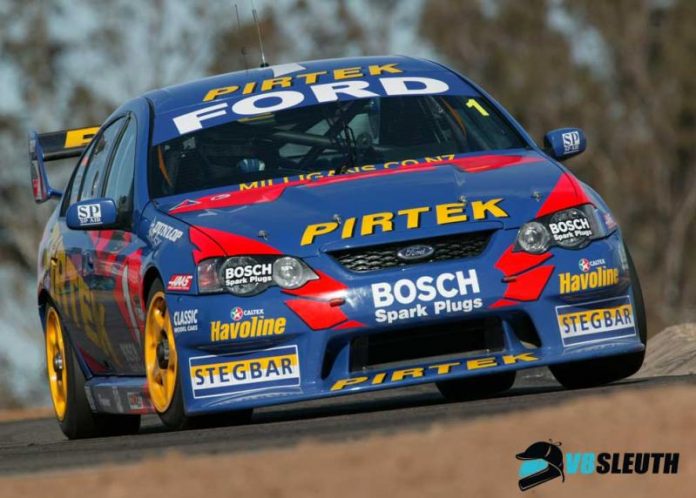 Which teams have given Ford’s soon-to-finish model more wins in championship history than others? We have the numbers and some will surprise!

THIS weekend in Newcastle marks the end of the line for the Falcon as Ford’s front-line weapon in Australian Touring Car/Supercars Championship history.

Due to be replaced by the Mustang in 2019, the Falcon FG X will be represented by three teams – DJR Team Penske, Tickford Racing and 23Red Racing – in its farewell this weekend in the final round of the 2018 championship.

So, just which teams have claimed the bulk of Falcon wins in the history of the championship?

Unsurprisingly the Falcon team in contention for this year’s championship, DJR Team Penske (and its Dick Johnson Racing predecessor) has more won championship races in Falcons than any other – a total of 79 in fact.

That stretches a period from 1981 (when Dick Johnson’s new Tru-Blu Falcon XD rolled out a winner in Tasmania) right through to Scott McLaughlin’s win at Pukekohe a week and a half ago.

Next best on the list is the team now known as Tickford Racing with 71 wins, which includes eight scored by the #55 entry that has been entered officially in the past under Rod Nash’s Racing Entitlements Contract.

The team, which started in 2003 as Ford Performance Racing, scored its first race win in that season with Craig Lowndes at Phillip Island and its latest this year on the Gold Coast with Chaz Mostert and James Moffat.

MOST ATCC/VASC RACE WINS WITH FALCON