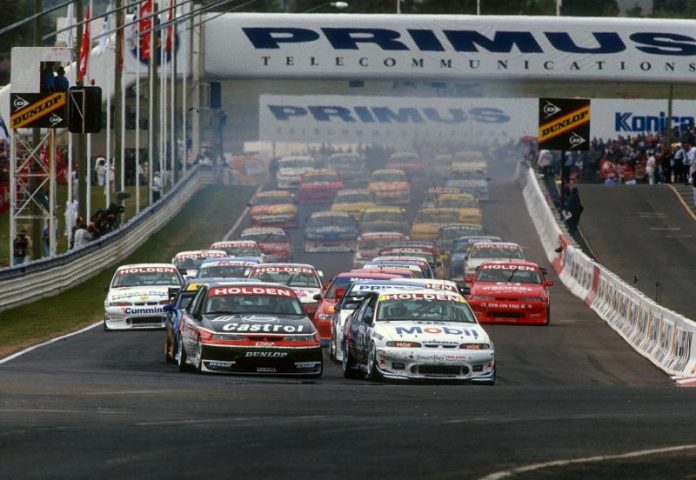 THERE is no doubt about it – the Bathurst 1000 is the biggest and best race on the Australian motorsport calendar.

It’s morphed and changed numerous times over the years both in terms of the circuit, the competitors and the machines that accept the challenge of conquering it.

But with over 50 years of Bathurst endurance classic races, which are the best?

It’s a debate that no doubt will rage for a long time, but the V8 Sleuth has compiled his list of the 5 Best Bathursts.

What makes a ‘Best Bathurst’?

Is it a big field? A close finish? The crowd size? The level of competition? Great weather? Or fragments of all of those things pieced together?

At the end of the day it’s really up to you!

There will be more lists in the future for you to debate, analysis and engage with – so let’s get the ball rolling …

The race that had it all – the World Touring Car Championship event. A mixture of weather, an incredible array of cars and well-credentialed pilots and a controversial finish and post script, this race was a ripper and stands the test of time. Pull out the tape and marvel at Glenn Seton’s in-car camera and his driving in the wet in the Nissan Skyline!

A deeply emotional event – the only time you will hear the Mountain fall silent as those gathered paused for a moment of silence in memory of Peter Brock.

It had the gripping finish of Craig Lowndes and Rick Kelly fighting to the end and the storybook finish of the apprentice claiming the trophy named in honour of the master.

‘Push Doug push’! This was one that got away from Peter Brock as his Torana ran out of fuel with co-driver Doug Chivas at the helm.

The first year of Group C regulations for the race and the first year it was extended to 1000 kilometres with two drivers mandatory also was an interesting sideline for this one, which became a fight between the factory Falcon XA GT of Allan Moffat and the XU-1 Holden Toranas of Brock and Colin Bond.

The stressful pit lane in the last stint or so of this race will remain with the V8 Sleuth for a very long time considering he deep among it as a Channel 7 pit lane reporter.

The slippery ending … Mark Winterbottom’s wild ride through the Chase … Jamie Whincup nearly throwing the race away entering the pits … the brake problems that eliminated the favourite Toll Holdens … and that finish in the slippery conditions – wild, crazy, awesome.

This race saw the Sierras and GT-R drop by the wayside, the local V8 Holden punch its way forward and all sorts in between.

At a time where Group A touring car regulations could have seen to have been disenfranchising motorsport followers locally (and NASCAR/AUSCAR was embracing them at Calder Park Thunderdome), this win helped revive interest in touring car racing that helped it make it through the next few years before the arrival of five-litre rules.