Home News THE TRICK HDT MONARO NEITHER BOND NOR BROCK GOT 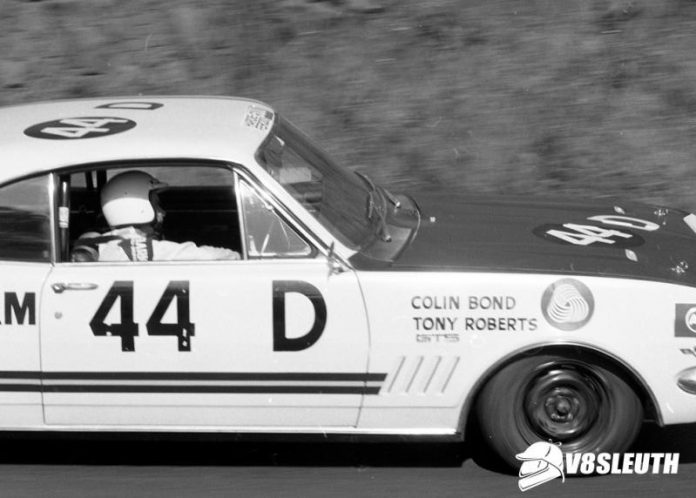 This year also marks 50 years since Bond’s sole victory in The Great Race, doubling as the maiden triumph for a factory Holden squad in the Mount Panorama enduro.

Bond was an emerging talent in rallying and hillclimbs when he received the call from Holden’s new motorsport manager Harry Firth, ‘The Fox’ pairing him with experienced veteran Tony Roberts aboard one of three factory Monaros run by the Holden Dealer Team in the event.

Joining him as one of the HDT’s new recruits was Peter Brock, the future nine-time Bathurst victor making his debut on the Mountain alongside Des West in one of the team’s other cars.

Although successful careers lay ahead of both Bond and Brock, neither of their cars were considered the lead car of the HDT’s fleet of three.

“There’s a reason why I know the Henk Woelders/Peter Macrow car was the number one car. For qualifying at Bathurst, we had Michelin tyres, but Harry had a set of Firestones, which were faster – they were basically racing tyres but our Michelins were road tyres.

“Digby Cooke had Firestones on his car, a privateer car, and he qualified on the front row. I said, ‘come on Harry, can I have a set of those Firestones?’ ‘No, cock,’ he said, ‘they won’t fit your car!’

“All it was, was that on the other car the inner lips on the guards had been rolled but our car was standard. It was a bit of a grey area in the rules; not really allowed but it was almost a safety thing. Anyway, ours didn’t have the guards rolled so the Firestones wouldn’t fit.

“But everything was so close to the limit on those cars that any little trick helped.

“For example, lowering the panel under the front bumper-bar by half an inch brought the water temperature down quite a bit. If the scrutineers happened to notice, you were always able to blame it on poor assembly at the factory.”

The AMC feature also tells the story of his and Roberts’ race to victory – and that Bond wasn’t even tired afterwards! – as well as recounting tales of what it was like working under Firth in the early days of the HDT, while Bond also tells the story behind a handful of photos from that period, including a photo of he and wife Robyn being chauffered from their wedding in a factory-supplied Monaro!.