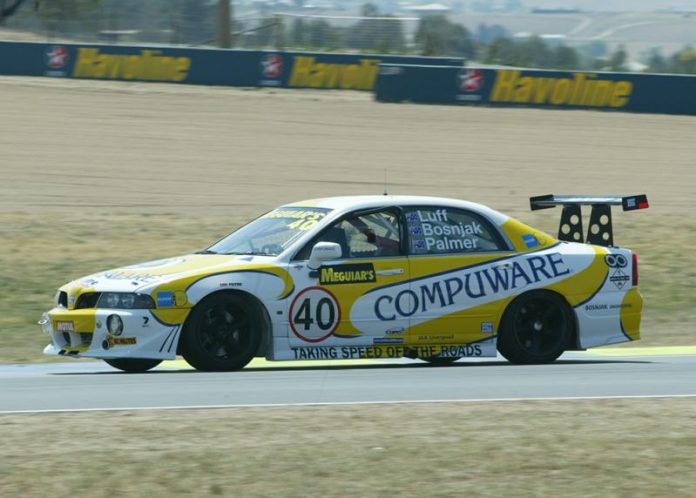 HERE at V8 Sleuth HQ we were thrilled with the response to our recent article questioning the current whereabouts of the Magna V8 from the Future Tourer category and Bathurst 24 Hour race.

The messages came almost instantly and we were put in touch with the current owner of this unique piece of Aussie touring car history, Jeff Watson, who has kept it safe and sound in Queensland following numerous outings in state-based racing in recent times.

Click here to read our original story on the Mitsubishi Magna Future Tourer.

The car went on to compete in the Future Touring category before running for the first time at Mount Panorama in the inaugural Bathurst 24 Hour race in 2002 where it showed decent speed and left many spectators wondering how a Magna could make such a noise!

Following further outings at selected meetings the car found a new home with Neil Byers, who ran it in Australian Motor Racing Series events between 2004 and 2008.

“I first saw it when I was out at Oran Park to re-do my licence test,” Byers told V8 Sleuth recently.

“I remember Terry Bosnjak was going around the track and, until I saw it, I thought it was a V8 Supercar just from the noise it was making.”

The Magna was passed on from Byers to Queensland racer John English, who ran it in the iRace series and Queensland Sports Sedans for a number of years before finding its current home with Watson.

Incredibly the Magna has remained largely unchanged since its debut in 2001, preserving a slice of motorsport history that many may have forgotten.

“I don’t have any immediate plans for the car,” Watson told V8 Sleuth.

“I’m busy with other projects at the moment and would like to just hold onto it and take it on track when possible.”

Keep checking the V8 Sleuth website in future for more stories as we trace unique cars from Australian motorsport history.