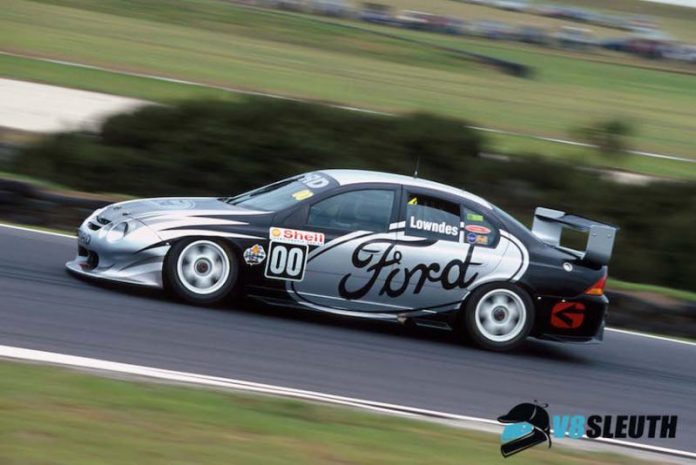 What was the biggest brand switch in Australian motorsport?

IT’S the greatest rivalry in Australian motor racing, if not Australian sport overall.

Holden versus Ford, red versus blue.

Every now and then Australian motorsport throws its fans a curve ball that tests their passion and resilience.

It’s called the brand switch – when a beloved Holden racing hero moves to Ford or one of Ford’s finest ends up racing in the red corner.

The V8 Sleuth team has put together our list of the top five brand switches that have rocked the sport.

They were big news when they happened and for some fans, they’ve never really got over them.

After enjoying so much success, the HRT driver broke every Holden fan’s heart when he signed with Ford to race Gibson Motorsport’s AU Falcon in 2001.

It was gut wrenching to Holden fans and easily the biggest brand switch we’ve seen in the V8 Supercar era.

After Peter Brock and Holden’s troubles in 1987 you could almost see this one coming, but it didn’t make the reality any easier to deal with.

In 1988 Brock put all of his VL Commodores on the market and raced a BMW M3. It was the first of a few years that Brock fans really don’t talk about – imagine how they reacted when he went one step further into a Ford Sierra in 1989!

After a string of Triple Eight championships and Bathurst wins for Ford, fans of the Blue Oval were just getting used to that winning feeling when all was lost.

All was not lost for Ford fans in 2010. The empire struck back and a new hero emerged in the form of James Courtney, sweeping to the 2010 V8 Supercars Championship in the Jim Beam Falcon. In Ford fans minds, order was restored.

Then Courtney took his prized #1 and slapped it onto the side of a Holden Racing Team Commodore for 2011. That went down well with the Falcon faithful. Not …

If you blinked in 1985 you’d swear you’d never seen Larry Perkins even look at a Ford.

But that year he had parted ways with Peter Brock’s Holden Dealer Team mid-season and linked up with Dick Johnson to share a Mustang at Sandown and Bathurst.

Do you have a favourite brand switch that didn’t make our list?