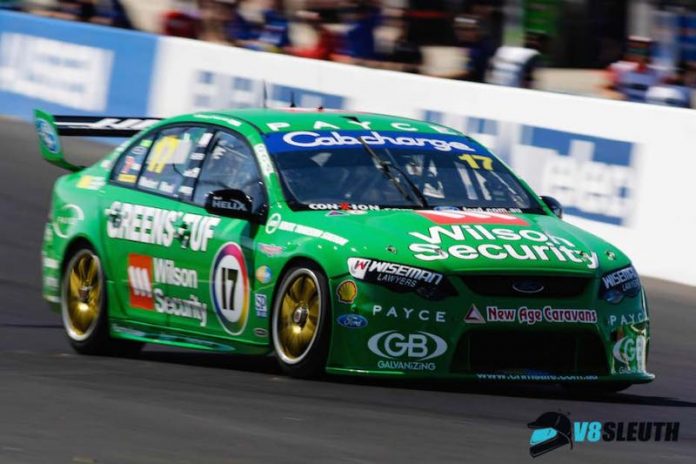 Which Supercars team is the best at going old school?

THERE’S only one thing we love more than an old race car at V8 Sleuth, and that’s a new race car wrapped in an old livery.

As we head towards the Sandown 500 ‘Retro Round’, teams have begun to unveil their new, ‘old’ liveries.

The V8 Sleuth team got together and went ‘old school’, creating our list of the top 5 retro liveries from the Supercars era.

Do you agree or disagree?

There’s just something very special about a Falcon in that shade of green racing around that mountain.

Hands down the team best at celebrating their history, DJR (now DJR Team Penske) marked 30 years since Dick Johnson brought the legendary Greens’ Tuf XE Falcon to Bathurst back in 1983.

For the sake of historical accuracy green panels were bent, and the midnight oil was burnt!

The Bottle-O Falcon of Dave Reynolds and Dean Canto celebrated 50 years of the race at Bathurst in 2012 with a retro livery celebrating the 1967 Gallaher 500-winning XR Falcon GT of Fred Gibson and Harry Firth from 45 years earlier.

They very nearly won the race too in the hand-painted Falcon, Jamie Whincup only just getting home in front of Reynolds to win.

HRT celebrated the 20th anniversary of the team’s first Bathurst win in 1990 by Allan Grice and Win Percy in the 2010 race.

Both cars ran full 1990 retro liveries including race suits and team uniforms. The look was so popular many fans wanted HRT to run it for the rest of the year!

How good did the GRM Volvos look in last year’s Sandown 500? Both were decked out in the short-lived Volvo Dealer Team paint scheme from 1986.

The team carried the retro look over to Bathurst, but just like ’86, loads of potential just didn’t convert on race day.

It was a great looking livery on the BA Falcon back in 2003 and it looked just as good on the DJR Team Penske FG X in 2016.

Do you have a favourite retro livery that didn’t make our list?

Visit our Facebook page here to share your thoughts on the retro livery that did it for you.