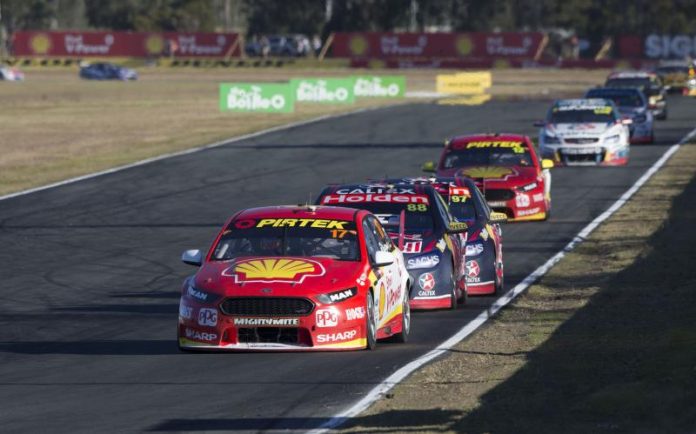 There was a lot to take in from the weekend and our V8 Sleuth has sat down and penned what he liked and didn’t like from the event.

– Scott McLaughlin breaking stuff. Well, breaking records and making us update the stats books. By our quick count he’s broken four qualifying lap records this year and is claiming more ARMOR ALL Pole cash than anyone ever thought possible! He took his fifth straight pole on the weekend, the first to have five in a row since Dick Johnson in 1988. He’s got a fair way to go though to match Peter Brock’s record of 13 in a row across 1979 and 1980!

– Wildcard entries. The extra storylines they have added to the field this year have been great. Full points to Todd Hazelwood for his approach and results too, great job. Let’s see more of them next year, grid sizes of high 20s and 30 cars is a positive all round.

– The drone camera angle in the TV coverage. Added a nice new perspective to the coverage and also assists in more easily identifying offending drivers in the mid-pack when someone else ends up off in the weeds!

– Chaz Mostert returning to the top step. He becomes the first Aussie to win multiple races this season. Cue Skaifey, ‘Australians all let us rejoice …’

– Different strategies. There’s nothing worse than races where everyone elects to play the game the same way give or take a lap. The decisions by some, van Gisbergen included, to run long kept plenty of interest in the race/s.

– The crowd. Looked very solid, not much grass on the hill at turn one visible, which is always a good sign. No doubt that the fans that head to Ipswich each year are some of the most connected to the sport that we have anywhere in the country.

– More near misses in qualifying between very slow and very fast cars. We’re not blaming anyone, but collectively we need to find a better way to do it or otherwise we’re going to have a very bad accident with someone getting hurt.

– Awkward to watch the Michael Caruso/Jack Le Brocq contact between factory and customer team Nissan Altimas … will make for an interesting debrief, but clear to see where more of the equity in the collision lay.

– Only three teams have won races this year. The fact is that the heavy hitters in the category are such for a very good reason. This season has a range of similarities with the last year of Project Blueprint cars (2012) when Triple Eight and FPR won all of the races. A case of the big teams having had long enough to figure out all of the nuances of the new machinery and the smaller teams having fewer and fewer days in the sun. But that’s life in racing.