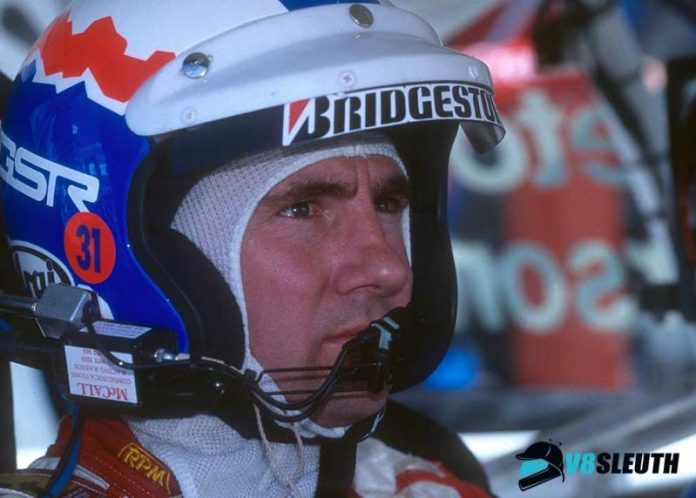 WITH this weekend marking the end of the line for the Falcon as Ford’s weapon of choice in the Australian Touring Car/Supercars Championship history, v8sleuth.com.au is looking at the numbers behind the model’s successes.

Earlier this week we looked at the top five winningest Falcon teams across championship history.

The increased number of races per season in the modern era is reflected in the names that appear in the top five, all of whom tallied their Falcon victories since the model’s return to the championship in 1993.

It’s only fitting that one of Ford’s most loyal drivers leads this list – even though he has just announced that he is changing brands for 2019!

From his first victory at the 2006 Sandown 500 with Jason Bright aboard a BA Falcon, Frosty’s successes have spanned the BF, FG and FG X model cycles.

Winterbottom’s tally also includes a victory in the 2013 Bathurst 1000, with the actual Falcon he drove with Steven Richards currently being offered for sale by Tickford Racing. View the advertisement for the car here in the V8 Sleuth Showroom.

Right behind him on the list is the driver he replaced asFord’s loyal hero, Glenn Seton taking 35 championship race victories in Falcons from Phillip Island in 1993 to the final championship race win of his career at Winton in 2000.

Third on the list is a driver now more commonly associated with Holden: Jamie Whincup. The seven-time champion earnt the first 33 of his 100-plus career wins aboard Ford machinery, before Triple Eight Race Engineering made the high-profile switch to the General in 2010.

Marcos Ambrose and Craig Lowndes round out the top five. The former earnt all 28 of his career wins aboard AU and BA Falcons, while 25 of Lowndes’ 100-plus career race victories came between 2001 and 2009 when he raced for Ford-aligned teams.