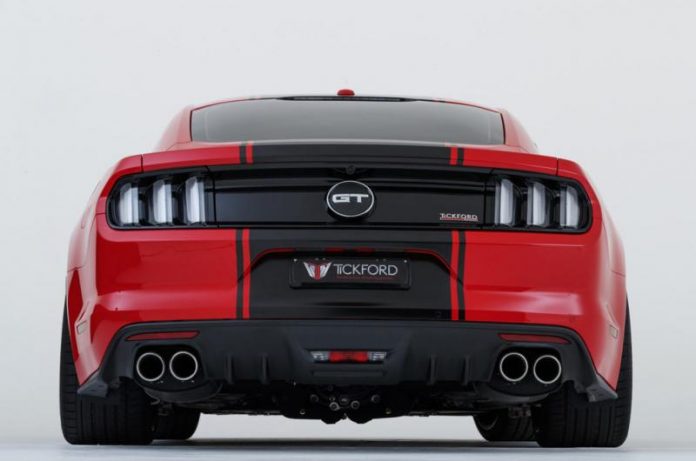 The marketplace page, featuring a range of vehicles including historically-significant V8 Supercars,Group A and C touring cars and many other types of desirable race vehicles, has become a popular digital destination for the ever-growing marketplace for racing cars of this type.

Tickford, which returned to the Australian automotive scene last year, is led by part of the ownership group behind 2015 Supercars Champions, Prodrive Racing (Australia).

The re-emergence of the brand, last seen in this country in 2001, is based around vehicle personalisation packages on current model Ford Ranger and Everest plus all local variants of the popular Mustang.

Supercars race fans will recall Tickford’s involvement in Glenn Seton’s Ford Tickford Racing between 1999 and 2001 and the brand’s naming rights backing of the annual Sandown 500 endurance race from 1996 to 1998.

Tickford signage now appears on all four of the PRA-run Falcons in the Virgin Australia Supercars Championship, which continues next weekend in Sydney.

Tickford’s intent is to deliver ‘Performance driven by passion’ and Tickford marketing director Peter Trevaskis says the partnership with V8 Sleuth is a great way to reconnect with fans and customers past and present.

“We are pleased to join the V8 Sleuth family as a presenting partner as it is an ideal platform to expose the brand to a lot of people that would remember its previous incarnation,” Mr Trevaskis said.

“The name is the same, the engineering-led development and focus on Ford vehicles is also unchanged, though we are an aftermarket business, which in the post local manufacturing era is our key point of difference.

“High performance vehicles and motorsport are linked to our brand past and present and is a key factor in what has attracted customers old and new to Tickford as well.

“Becoming the presenting partner for V8 Sleuth Classifieds is a great way to link with collectors and enthusiasts of very special vehicles and we look forward to working with the Sleuth team to deliver some special projects.”

Click here for more on Tickford, its history, products and latest updates.