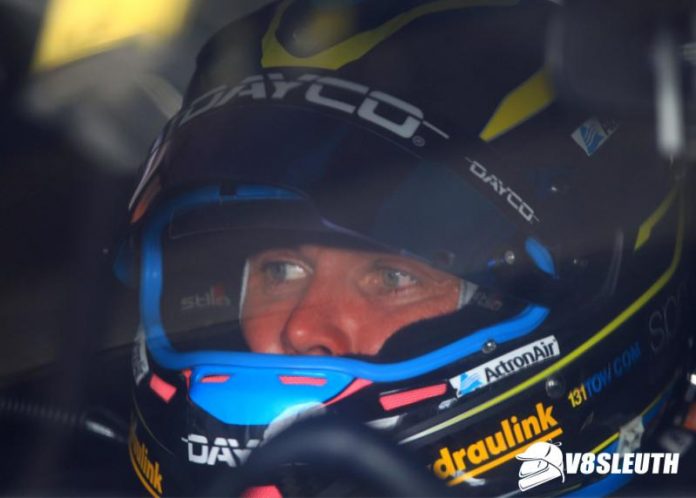 TICKFORD Racing has today announced that Australian endurance ace David Russell will join the team for the 2018 Pirtek Enduro Cup.

Russell will front up for his ninth season of endurance after performing co-driving duties for Nissan Motorsport in recent years.

The 36-year-old says he is looking forward to working with the front-running team.

“The performance that the team has had in the past and particularly at the end of 2017, winning the Enduro Cup, they’re definitely one of the teams to beat at the moment, so to join the team for 2018 is very exciting.”

“It’s a great opportunity to join a group that’s getting their runs on the board and definitely have fast cars to do the job.”

Russell’s signing comes fresh of the back of his start in the recent Bathurst 12 Hour, where he finished seventh in class and 13th overall paired with fellow Tickford Racing co-driver Steve Owen and car owner Roger Lago in a Lamborghini Gallardo.

While the announcement completes Tickford Racing’s roster of drivers ahead of 2018 the team has made no mention of who the final pairings will be with full-time drivers Mark Winterbottom, Chaz Mostert, Cameron Waters and Richie Stanaway.

Tickford Racing Team Principal Tim Edwards is excited by the partnership and says Russell’s experience will be beneficial to the team.

“We are very pleased to have David join our program, he’s another veteran to complement our main game line-up which is fairly young.”

“Given his experience and knowledge it shouldn’t take him long to get up to speed, and he should be able to offer helpful insights to all our drivers.”

All of Tickford Racing’s endurance drivers will take part in the Supercars test day at Sydney Motorsport Park this Friday with the squad looking to defend their Pirtek Enduro Cup crown from 2017.

The Virgin Australia Supercars Championship gets underway at the Adelaide 500 in just over two-weeks time beginning March 1.