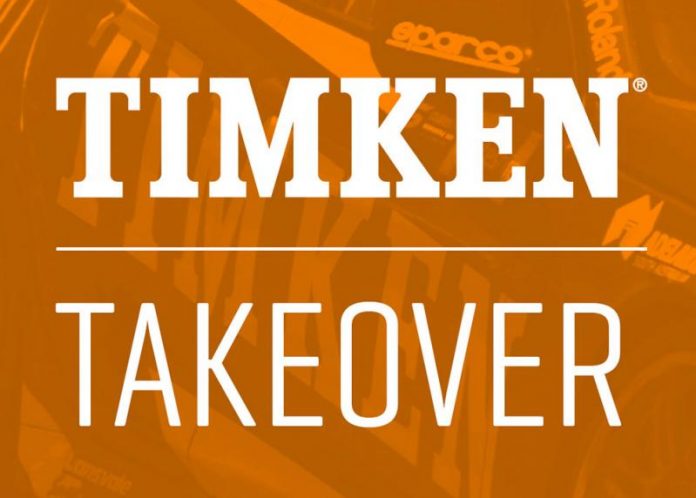 Bearing giant on board for 2019 Supercars Grand Finale …

V8 SLEUTH’S trademark blue colours will turn orange for a week to celebrate the addition of a new site partner in world class bearing supplier Timken.

For the third year in a row Timken will be naming rights partner of the #8 Brad Jones Racing Commodore driven by Nick Percat for the season-ending Newcastle 500 to be held this weekend.

The striking white and orange #8 Holden was unveiled this week and is a marked difference from last year’s burnt orange ‘papaya’ colours used by Percat in Newcastle and the bright orange Timken livery used at the inaugural event in 2017.

To celebrate the bearing giant once again having its own car in the Newcastle 500 and its new partnership with Australia’s leading online motorsport heritage website V8 Sleuth, Timken is launching a ‘Timken Takeover’ of the website and its associated social media accounts for race week.

Timken’s familiar orange colours will replace V8 Sleuth’s regular blue ‘race livery’ on its website with a range of Timken-backed social media content to be rolled out during race week for fans and followers.

Managing Director of Timken Australia and ASEAN, Michael Pearson says the partnership with V8 Sleuth and ‘Timken Takeover’ week will be followed soon by further news in relation to 2020.

“Timken has a proud heritage in motorsport in many categories around the world, in both supplying our world class bearings and as a technical category partner,” he says.

“Aaron Noonan and his team at V8 Sleuth are the industry-leaders in the heritage side of Australian motorsport with a very engaged and knowledgeable audience online, so it’s a very natural fit.

“We have another exciting announcement to confirm during the week that will take Timken to a very wide audience via this partnership in 2020.”

Timken has had a close involvement in Australian motorsport in recent years with support not only of BJR and Nick Percat in the Supercars Championship but also John Bowe, David Reynolds, Tony D’Alberto, Cameron McConville, Dale Wood and Will Brown among a range of teams and drivers in various categories.