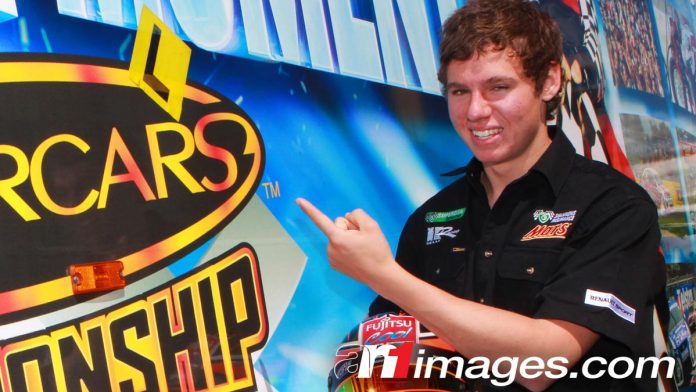 WITH the amount of young drivers to race in the Bathurst 1000 in recent years, the record for the youngest driver to finish the ‘Great Race’ has stood for a surprising amount of time.

That’s because, regardless of the era, making it to the finish of the Bathurst 1000 is no certainty.

For instance, Paul Dumbrell held the record for the youngest driver to start the Bathurst 1000 for over a decade.

In fact, it took Dumbrell until the 2002 race to see the finish; 10 years later he’d hoist the Peter Brock Trophy as the victor with Jamie Whincup after the 2012 race.

Glenn Seton is another name you won’t see on the below list: he was just 18 years, 4 months and 27 days old when he started the 1983 James Hardie 1000 alongside father Bo in their Ford Capri.

Seton tells the full story in his autobiography – available to order now in the V8 Sleuth Bookshop – but engine problems cruelly took them out of the lead of their class in the closing stages.

The five drivers below are the youngest known drivers to have been classified as a finisher in the ‘Great Race’, three of them doing so while still 17 years old.

With drivers nowadays less likely to reach the Bathurst 1000 grid until turning 18 years of age – a byproduct of needing to progress through rungs of the sport to gain enough points to acquire a Motorsport Australia Superlicence – it’s likely that the driver at No.1 will hold this record for some time to come.

Waters is the youngest driver ever to start the ‘Great Race’ at 17 years, 2 months and 6 days old, setting the mark at the 2011 race off the back of winning the Shannons Supercar Showdown reality TV series.

However, starting the race isn’t what this list is about – Waters and Grant Denyer didn’t make the chequered flag in 2011 but the Milduran did so in his second attempt at the race a year later, paired with fellow Shannons Supercar Showdown victor Jesse Dixon.

Talk about an 18th birthday present! Broc Feeney celebrated coming of age by making his maiden ‘Great Race’ start alongside James Courtney at Tickford Racing in the 2020 race.

Unlike Waters, Feeney combined his 1000 debut with driving in the Super2 Series’ Bathurst round, although his weekend in Tickford’s second-tier car ended with a crash in qualifying for the second race on Saturday.

There were no such missteps in the ‘main game’ car on Sunday and Feeney was rewarded with a 10th place finish that equalled the result achieved by the driver that tops this list.

With father Ray and uncle Paul both veteran racers, it’s no surprise that Graham made his Mount Panorama debut at a young age – and what a race to do it in.

Gulson father and son survived both mid-race rain storms to bring their ex-JPS Team BMW 635 CSi home in 19th place … although that became 15th once all the disqualifications were finalised.

Given how young the Western Australian was when he arrived in the category, it’s surprising that Rullo falls a month shy of topping this list.

After racing in the Super2 Series round at Mount Panorama as a 16-year-old in 2016, Rullo came home 15th in his maiden Bathurst 1000 paired with Alex Davison – just another one of the eldest Davison brother’s remarkable streak of ‘Great Race’ finishes.

How’s this for the stuff of teenage dreams: after earning his CAMS Licence at age 14, Sala’s first event was a hillclimb aboard a Formula 5000!

Like Rullo, Sala was 16 years old for his first major race at Mount Panorama, coming aboard a Lotus Cortina in the Group N support race for the 1990 Tooheys 1000.

A year later he was in the main race, sharing a Ford Sierra with privateer touring car and sports sedan racer Graham Lusty.

History records that they finished the race in 10th place (like Gulson, gaining a spot after a car ahead of them was disqualified) despite losing a wheel mid-way through the race.

Sala raced in a couple of 1992 Australian Touring Car Championship rounds and crashed out early in that year’s Bathurst 1000 and later ran a handful of NASCAR races before he stepped away from the sport.

Sala eventually returned many years later, campaigning a variety of Formula 5000 machinery in historic racing as well as the same ex-Tony Longhurst Racing Sierra that he raced in the Bathurst 1000 in Heritage Touring Car events.

Connor O'Brien
SCOTT McLaughlin’s status as the youngest race winner in ATCC/Repco Supercars Championship history could soon be safe for the foreseeable future. McLaughlin has held the...