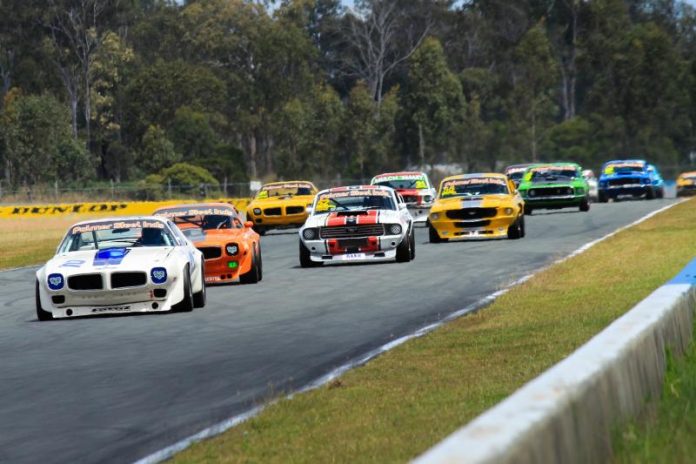 THE rolling thunder of the Australian Trans-Am Series brings a host of legendary American muscle cars to Sydney Motorsport Park this weekend for the annual Muscle Car Masters.

A field of 18 cars have entered for the series’ third consecutive appearance at the popular historic event, a non-championship outing for the swansong to season 2016.

The senior O’Brien will be joined by nephew Shannon O’Brien who returned to motorsport with the Trans-Am series this year following a seven-year hiatus.

Alwyn Bishop is set for his debut race meeting at Sydney Motorsport Park after claiming the Loaders ‘R’ Us Sportsman Class in the Blake Machinery Group/Agilis Accountants Mustang.

The Trans-Am ranks will welcome back Rob Rubis and Porsche Carrera Cup regular Shane Smollen, as well as Queensland Saloon Car driver Lindsay Kearns in a trio of Ford Mustangs.

The latter rejoins the series following a win in the invitational class of the 2016 Bathurst 6 Hour alongside Coleby Cowham.

The field will be further bolstered by Victorian pair Angelo Taranto and Andy Clempson, who again compete in the series aboard a Chevrolet Camaro and Ford Mustang respectively.

The Australian Trans-Am Series is set for qualifying and two 8-lap races on Saturday, followed by a further two races on Sunday at the Muscle Car Masters.

Check out some of the highlights of the Trans-Am Series’ fifth round at Lakeside earlier this year here: