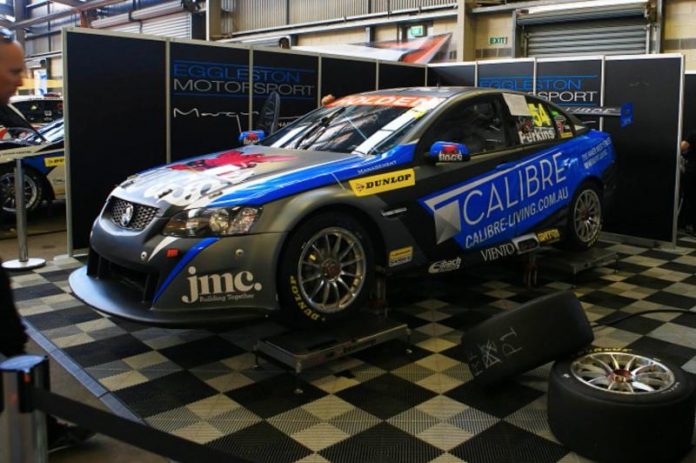 After 14 years in Formula 1, Le Mans Prototypes and the British Touring Car Championship, the former Williams F1 engineer has worked at Triple Eight Race Engineering since 2011 as Director of Engineering and Production and will continue in that role as a consultant in the team’s Brisbane workshop.

“I’m delighted to be joining EMS for the 2014 Dunlop Series in what promises to be an intensely fought championship,” says Russell.

“With Triple Eight Race Engineering electing not to run in the 2014 Dunlop Series, it seemed logical to continue my association with the Holden VE model that I have engineered in the last three seasons.

“The racing benchmark of the series continues to raise the bar each year, echoed with the celebrated ‘class of 2012’ all in deserved quality V8 Supercars Championship drives in the coming season.

“With the series organisers making appropriate revisions to the weekend format for 2014 I believe the Dunlop Series now offers an even more representative staircase to the V8SC.”

EMS Team Manager Rachael Wagg confirmed that ex-Stone Brothers and Ford Performance Racing engineer Dan Kroehn will continue his relationship with the team and work together with Russell in 2014.

“We are absolutely thrilled and honoured to have John join Eggleston Motorsport in 2014,”says Wagg.

“His wealth of knowledge and experience will be invaluable to our emerging team. When you invest in the best cars you need to make sure you have the right people to get the most of the cars and the drivers.”

Eggleston Motorsport finished fourth in the 2013 Dunlop Series with Jack Perkins despite the recently signed Team JELD-WEN V8 Supercar driver missing the first round in Adelaide.

They have already confirmed Shepparton young gun Garry Jacobson as one of their drivers and will announce its full driver line-up in the near future.