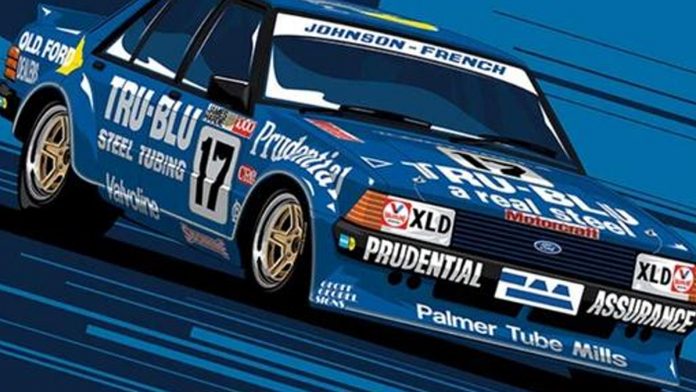 DICK Johnson’s famous Tru-Blu Falcon XD 1981 Bathurst winner is being celebrated in a pair of new collector’s prints just released that can be pre-ordered here in the V8 Sleuth Online Bookshop.

There are two versions of the print that depicts the 1981 James Hardie 1000-winning Tru-Blu Falcon XD driven to victory by Johnson and John French.

There’s a blue limited-edition print and also a second version of the print in metallic gold.

Printed on 250gsm matte paper stock, each copy will be individually numbered and signed by Dick Johnson and the artist and is scheduled for January 2021 release.

The release of this pair of 1981 prints follows hot on the heels of the release of a 40th anniversary DJR celebration print documenting the team’s history of racing Fords over the last four decades.