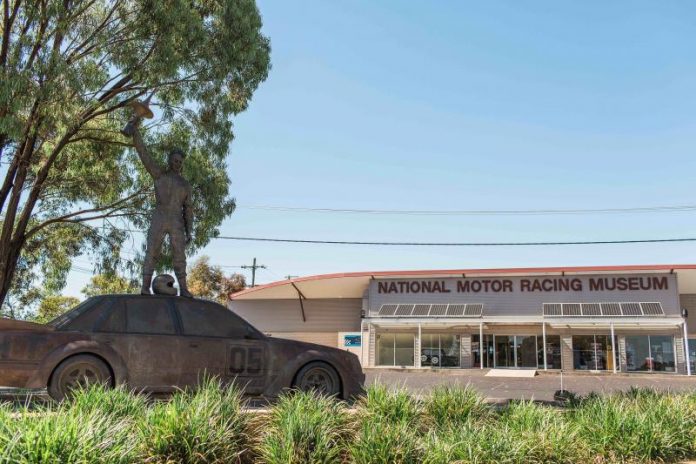 THE National Motor Racing Museum at Mount Panorama, Bathurst has become a key client of V8 Sleuth in a special collaboration for the remainder of 2018.

The news, announced today, comes as the Museum celebrates its 30th anniversary of operation this year.

Since 1988 it has brought to life the history, personalities and achievements of Australian motorsport – on two, three and four wheels – via a variety of displays, including some highly significant Bathurst 1000-winning racecars.

As present it has no less than 58 cars and 57 bikes on display.

Both the Museum and V8 Sleuth share a passion built around the heritage and history of Australian motorsport, making collaboration between the two a logical connection.

Significantly, the NMRM will also become a supporter and stockist of the new V8 Sleuth-produced, ‘Holden at Bathurst 1963-2017’ photographic history book, due to be released in early October.

V8 Sleuth will provide consultant and content services to the Museum from its photographic, statistical and historic databases as well as regularly inform its readers of updates and news via its website and social media of displays and events at the NMRM.

“As custodians of the heritage of Australian motor racing on two, three and four wheels, the National Motor Racing Museum is proud to link with V8 Sleuth to enhance our displays and reference resources, enabling us to develop high quality exhibitions for our 40,000-plus visitors every year,” he says.

“Aaron Noonan and the V8 Sleuth team have assembled an important archive covering the evolution of Australian motor racing, and NMRM looks forward to working together to promote the heritage of our sport.”

“V8 Sleuth was built upon my passion for the sport and documenting and celebrating its history so I can’t think of a more logical and exciting connection than that we’ve arranged with the National Motor Racing Museum,” he says.

“You’ll read a lot of quotes in press releases saying how excited people are about new relationships, but anyone that even vaguely knows me will know that this is a scenario that really, really excites me!

“The Museum is a special place and a special part of the experience of Mount Panorama, whether on a race weekend or at other stages of the year.

“There’s constantly something happening at the National Motor Racing Museum; V8 Sleuth will become an instant touch point to the motoring, motorsport and wider world for what is happening within its walls.

“The Bathurst Regional Council has done a sensational job with the Museum over 30 years, it’s a special anniversary this year and they should be congratulated for ensuring past, present and future fans – both hardcore and casual – have a place to come and celebrate motorsport and all of its disciplines.”