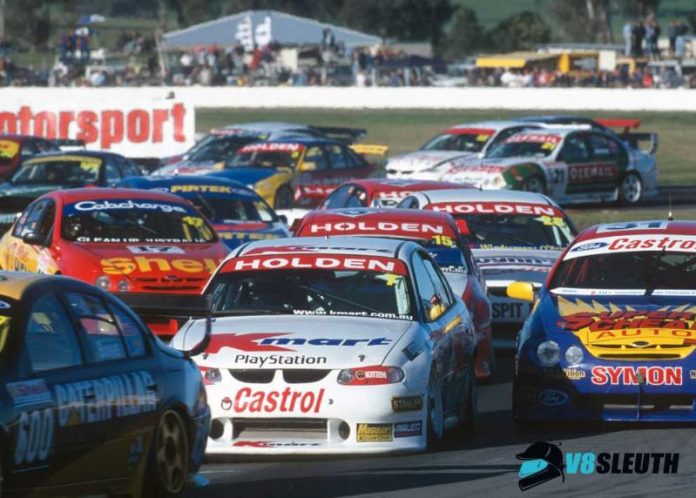 Alternate date, opportunities in sights for the future …

THE inaugural V8 Sleuth Touring Car Classic has been postponed to 2020.

Set to be held as part of the Shannons Nationals round at Winton Motor Raceway on the August 31/September 1 weekend, the event has been postponed due to low entry numbers.

A handful of late drop-outs left organisers with no choice other than to postpone the 2019 event and look to the future to give car owners more time to prepare their vehicles.

Set to be held for ex-V8 Supercars of the pre and post-Project Blueprint era, Super and Future Tourers and invited cars, the V8 Sleuth Touring Car Classic is a collaboration between respected South Australian motorsport administrator Liam Curkpatrick and V8 Sleuth’s Aaron Noonan.

The duo will now work to find an appropriate date and venue for the 2020 event.

“Since we first announced the Classic back in late March we have had huge levels of interest both in Australia and New Zealand,” says V8 Sleuth’s Noonan.

“The support of CAMS, car owners, a range of partners including Kumho Tyre and Motorsport Parts Australia and the industry in general has been really encouraging.

“But we really want to do things properly and we’re not prepared to run an event with minimal cars on the track, so hence the decision has been made to press the pause button this year, re-load and look ahead to 2020.

“There’s a range of competitors who have been busy preparing their cars that have had last minute delays with components and some others that have had overseas business commitments and timings change – that’s life.

“This gives competitors more time to get their cars ready to ensure that we have a healthy field of cars when the inaugural Classic goes ahead down the track.”

PODCAST: THE UNTIMELY END OF THE ADELAIDE 500

WHAT BATHURST-WINNING MODELS ARE NOW WORTH – PART 4

WHAT BATHURST-WINNING MODELS ARE NOW WORTH – PART 3

WHAT BATHURST-WINNING MODELS ARE NOW WORTH – PART 2

WHAT BATHURST-WINNING MODELS ARE NOW WORTH – PART 1