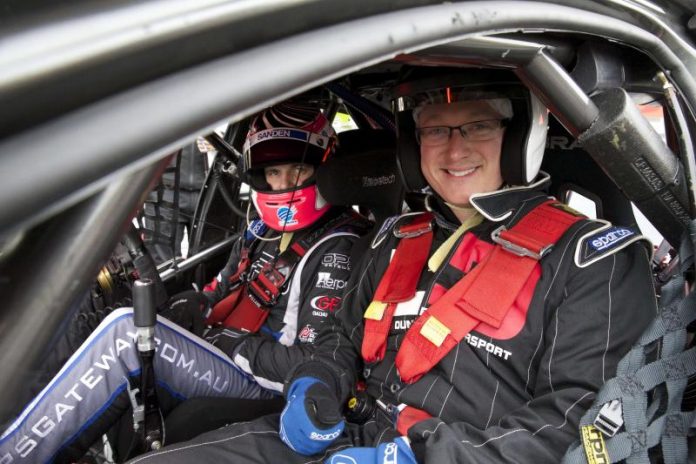 Aaron Noonan to take viewers down memory lane at Retro Round …

To help celebrate the Virgin Australia Supercars Championship ‘Retro Round’, the long-time broadcaster will document a range of interesting cars and history surrounding the event in this weekend’s telecast.

A display of approximately 25 retro racing cars covering the 1960s, 70s, 80s and 90s has been assembled in the base of the grandstand for fans to enjoy atthis weekend’s event with Noonan to focus on four of them in some special pieces for this weekend’s TV telecast.

Whether it’s the original Holden Dealer Team Monaro GTS 350, a recently restored Group C Torana A9X, an international Group A challenger or a turbocharged Group A Ford Sierra, the V8 Sleuth will be in his element!

“The Retro Round is going to be a pile of fun and this year actually marks the 30th anniversary of my first motorsport event – I went to my very first race in 1986 to the Sandown 500, so all of this Retro theme is very appropriate personally!” he says.

“I vividly recall standing there in my gum boots out the back of the pits waiting for Dick Johnson to sign my program!

“Hopefully there are plenty of youngsters at Sandown this weekend that have the same ‘my first race meeting’ kind of moment with the stars of today’s field.”

Noonan, who was a full-time member of the Supercars Media TV team from 2007 to 2014 commentating Supercars and a range of other categories, will also join long-time friend Neil Crompton in the commentary box on Sunday to take viewers through the history of many of the retro display cars as they complete parade laps.

In addition to his ‘Retro Round’ commitments, Noonan will also continue as the commentary voice of the new Toyota 86 Racing Series with 1985 Sandown 500 winner Tony Longhurst joining Steven Johnson and Leanne Tander as invited drivers in this weekend’s field.