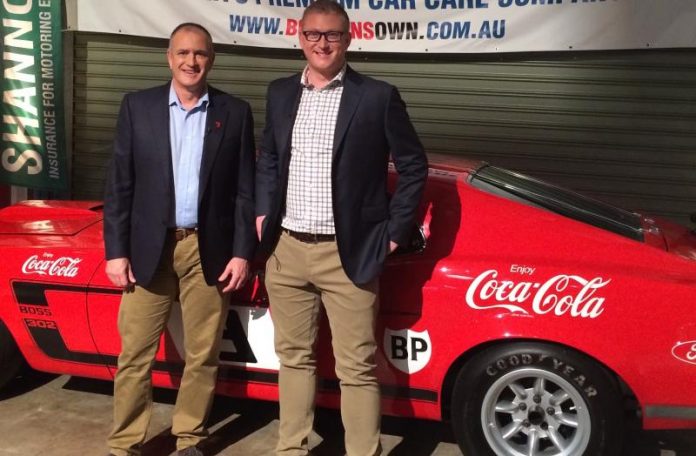 A regular part of the Supercars TV team at the October classic between 2007 and 2014 on the Seven Network, Noonan returned to Supercars coverage at the recent Sandown 500 on FOX Sports and will again bring his knowledge and experience of Bathurst to TV viewers again in 2016.

Noonan and his V8 Sleuth team have been heavily involved in arranging a special group of Brock racecars to attend this year’s race to help commemorate the 10th anniversary of the creation of the Peter Brock Trophy.

He will file a special story covering the various cars on display and join Neil Crompton in commentary on race morning on Sunday for a special parade of Brock cars as part of the build-up to the 2016 classic race.

The V8 Sleuth team has also been busy producing a 144-page soft cover magbook ‘Cars Of The King’ covering the racing histories of all of Brock’s former Bathurst 500/1000 race cars; from his first Monaro in 1969 through to his last Holden Racing Team Commodore in 2004.

It can be ordered here online now

‘Cars Of The King’ will also be on sale within the Brock car display in merchandise alley at Bathurst (outside Pit Straight) from Thursday October 6 onwards.