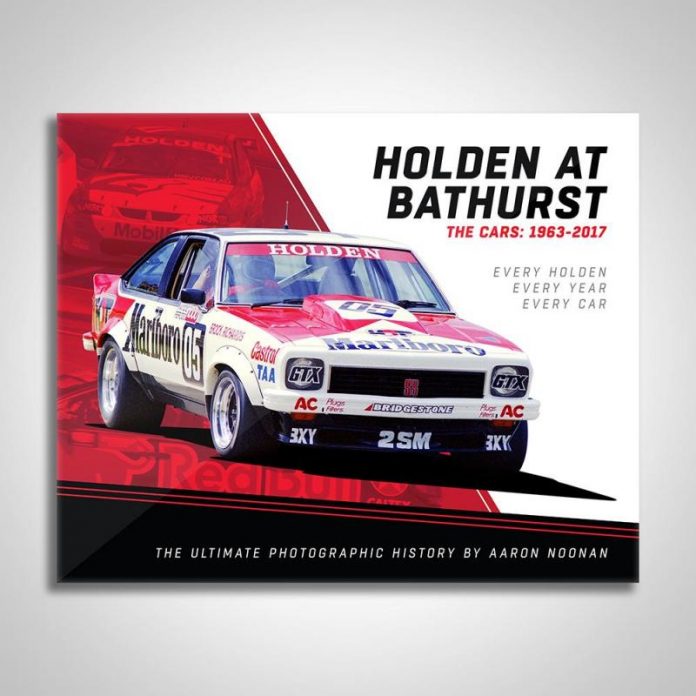 Pre-order your limited collector’s edition copy now – every car, every year, every Bathurst!

V8 SLEUTH has today announced its latest book release with pre orders opening today for a never-before-attempted publication that fans of all ages will want to add to their collection.

Visit the V8 Sleuth Online Store via Authentic Collectables here to get your pre-order in now to ensure you don’t miss out!

For the first time, the ultimate photographic history of Holden at Bathurst is being published by V8 Sleuth to coincide with this year’s 50th anniversary of the first victory by a Holden in The Great Race at Mount Panorama in 1968.

Never-before-attempted, this 360-page, hardcover, limited edition collector’s book by author Aaron Noonan and publisher V8 Sleuth will include over 1000 photos, featuring every car to have competed in the Bathurst 500/1000 between 1963 and 2017, including non-starting cars, non-qualifiers, spare and test/training cars too.

Hot on the heels of last year’s award-winning, sold-out ‘Holden Racing Team, The Cars 1989-2016’ release by the same author, this book will also be a limited edition release and is bound to again be very popular – so don’t miss out!

– Rare and never-before-published photos of Bathurst race and practice cars from the 1960s, 70s, 80s, 90s and 2000s including Monaros, Toranas, Commodore and much more.

– An individually numbered Certificate of Authenticity.

– A full Driver Index of every driver to compete in a Holden in Bathurst history.

– A dedicated introduction chapter to each decade.

– A full statistical analysis of Holden at Bathurst by each decade.

– All of the iconic cars, teams and drivers to compete in Holdens in Bathurst history.

Australian-made and printed in Australia via green printing methods, this book is a must-have for the collection of any Holden, Bathurst, motorsport, motoring or automotive enthusiast.

Scheduled to arrive in October 2018, this book can’t be missed.

Pre-order your copy here now to ensure you receive this piece of motorsport history!

V8 Sleuth has today also confirmed plans for a sister Ford book, packed full of images featuring every ‘Blue Oval’ machine to compete, qualify and practice for the Bathurst 500/1000 out in time for Christmas in December.

Further pre-order details for this title will be released in due course.