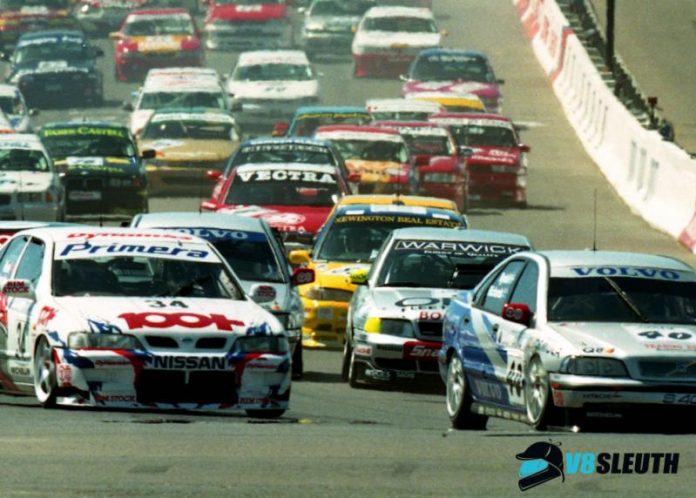 V8 SLEUTH will expand its industry-leading motor racing history database of cars following the confirmation this week of a partnership with English-based website, ‘Super Touring Register’.

The partnership will see V8 Sleuth add the racing historiesof a range of Australian Super Touring cars – compiled by Super Touring Register and bolstered and updated by V8 Sleuth – to its database.

V8 Sleuth will supply images from its AN1 Images photo archive to the Super Touring Register website to enhance the story telling ofthe histories of these various cars, creating enhancements for both sites moving forward.

The Super Touring Register website was created by Nigel Clark in England in 2005 and features a plethora of information relating to the histories of a range of two-litre Super Touring cars covering the many makes and models to have competed globally in the category.

“The Super Touring Register is an established ‘go to’ website for car histories of two-litre cars overseas and at V8 Sleuth we can compliment Nigel’s work with our knowledge and history in the Australian market,” says V8 Sleuth MD Aaron Noonan.

“Many of the early two-litre cars here started their lives as Group A touring cars and in the years that followed there were a large number of cars that competed here in the BOC Gases Super Touring Championship and the Bathurst endurance races – the ‘1000 in 1997 and 1998 and the ‘500 in 1999.

“They all form part of a unique chapter in Australian touring car history and, while our banner says ‘V8’ in it, we’re motorsport custodians and historians first and foremost.

“V8 Supercars and V8-related race cars are a major part of our website and business, but there are plenty of other historically-significant cars to bring under our banner in the future and Super Touring is just the start.”

The first car added to the V8 Sleuth website is the Opel Vectra raced by Cameron McLean under the Greenfield Mowers Racing banner in the 1997 BOC Gases Australian Super Touring Championship.