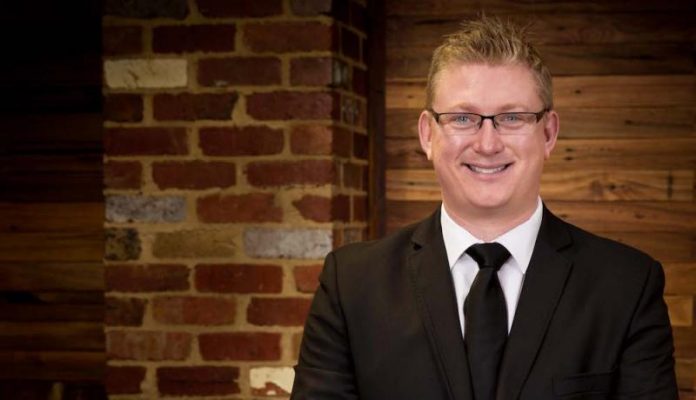 The Sleuth moves into his eighth year with V8 Media

A familiar part of the network’s motorsport coverage produced by V8 Media (formerly known as V8 Supercar Television), Noonan is one of only four original members remaining (Neil Crompton, Matt White, Mark Beretta are the others) of the Seven Sport telecast team from when the network re-commenced telecasting V8 Supercars in 2007.

For the eighth straight year Noonan will be the lead caller of all V8 Supercar support racing in Seven’s telecasts including the Dunlop Series, Porsche Carrera Cup, V8 Utes, Aussie Racing Cars and Touring Car Masters. He has held the role since 2007.

He will be joined by a range of V8 Supercar full-time and endurance drivers to commentate the action across the season.

The V8 Sleuth himself will also act as host for category-specific programs to be produced by V8 Media including the Dunlop Series, Porsche Carrera Cup and V8 Utes.

He’ll again present a regular news segment within the V8 Supercar telecasts, report for V8Xtra, crunch the statistics and numbers for the rest of the team, act as V8 Supercar commentator for streaming and international viewers during the Seven commercial breaks and voice over V8 Supercar highlights programs for international markets.

The 2014 season consists of 14 V8 Supercars Championship events across Australia and New Zealand plus the non-championship appearance at Albert Park (where Noonan will call V8 Supercars once more for the trackside GPTV big screen coverage).

This weekend’s Clipsal 500 is the beginning of a nine and a half month-long season for V8 Supercars with coverage of V8 Supercar qualifying beginning on 7 Sport this Friday February 28 including Race 1 of the V8 Utes.

Saturday’s coverage will include a pair of 125-kilometre V8 Supercar races as well as action from the Dunlop Series, Porsche Carrera Cup, Touring Car Masters and Aussie Racing Cars.

This season is the last year of the existing TV rights contract between V8 Supercars and the Seven Network with a deal late last year announced confirming that FOX Sports and the Ten Network will telecast from the championship from 2015 onwards.