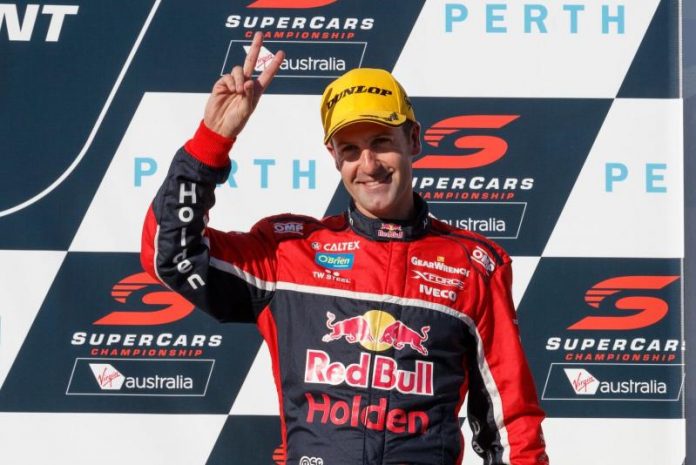 THIS week the V8 Sleuth Aaron Noonan sits down with six-time Supercars Champion Jamie Whincup ahead of the Coates Hire Ipswich SuperSprint to be held at Queensland Raceway on the weekend.

In a special feature interview as part of ‘Inside Supercars’ on FOX Sports Channel 501 at 6.30pm on Wednesday July 26, Whincup opens up about a range of issues and topics.

We touch on his thoughts of the future of Supercar racing and Holden’s six-cylinder turbo engine, his connection with the fans and even the status of his prized possession, ‘Kate’, the TeamVodafone Commodore he used to win the 2012 Supercheap Auto Bathurst 1000 and a record number of championship races with.

If you miss the first airing of Inside Supercars on FOX Sports Channel 501, check your guides for additional airing times later in the evening.